If you take public transportation and use social media on a mobile device, beware of rubbernecking feminists.

Specifically, beware Guardian columnist Jessica Valenti. Some poor guy had the misfortune to be sitting next to her while checking his Twitter feed on the subway in New York yesterday. And just like that, average straphanger became “passive sexist.”

The guy next to me on the subway was checking Twitter; he followed almost all the same people I did but NO WOMEN. Passive sexism is for real

Valenti saw something, but she didn’t say something. At least not directly. She took to Twitter instead, like the truly courageous activists do. 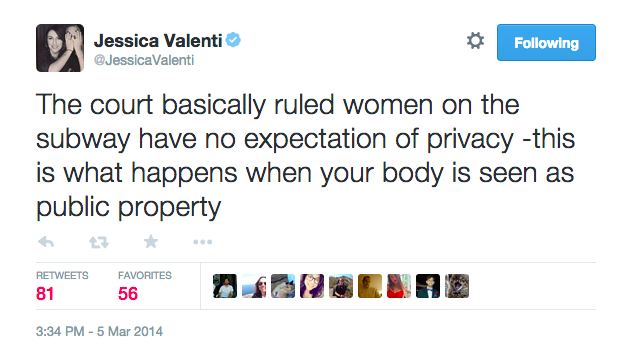 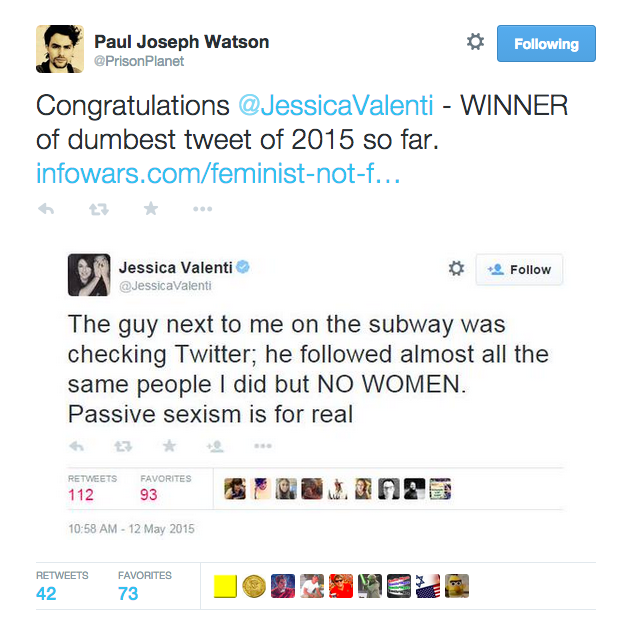 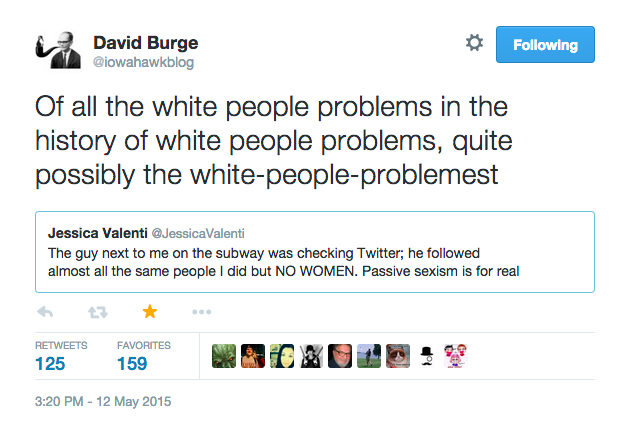 You have to figure that our passively sexist subway schmo would feel his privacy had been violated – if he’d seen Valenti’s tweet, which he wouldn’t because of his passively sexist Twitter feed.

But hey, at least Valenti is consistent in her hypocrisy. After all, she’s the “slut walk” enthusiast who wouldn’t confirm to MSNBC whether she would let her own daughter dress provocatively to fight “slut shaming.”