BREAKING: The media is not pro-gay enough. In fact, according to Michelangelo Signorile, the media is explicitly anti-gay. It’s hard to argue with crazy.

The editor of Huffington Post’s Gay Voices, Signorile, is calling for the media to be intolerant “of all forms” of “bigotry against LGBT people.” And by bigotry, he means anything less than celebration. 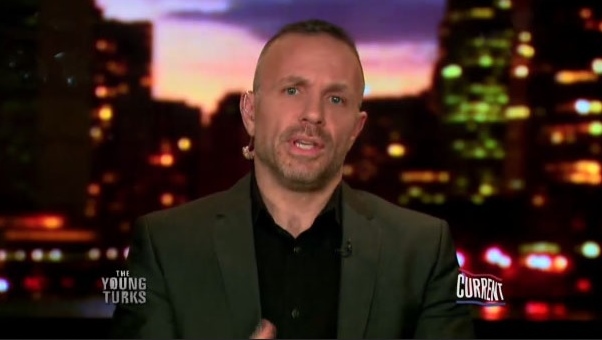 In Signorile’s new book, It’s Not Over: Getting Beyond Tolerance, Defeating Homophobia and Winning True Equality he whines that the media is not gay-friendly in the least. Indeed, he claims, “a higher level of vocal hate appears to be tolerated of all pundits when it’s directed at gays.”

His reasoning? Well, from time to time conservative and Christian pundits are given air time on the major networks. That’s right, Signorile protests at the very notion that someone who disagrees with his lifestyle is allowed to speak in public.

He even devotes an entire chapter to what he calls the “media’s ‘both sides’ delusion.” In it, he argues that when the media brings on conservative guests, they are giving a platform to “bigotry” that “should simply no longer be acceptable,” comparing it to CNN giving air time to white supremacists. He states that it is one of the media’s “responsibilities” to decide “what is and is not acceptable speech” in our society. And woe unto they that don’t hew to Signorile’s idea of “acceptable speech.”

Many prominent Christians and conservatives should not be allowed to speak to the media, according to Signorile. His “antigay” haters list is long and includes the Catholic League’s Bill Donohue, talk show hosts Laura Ingraham and Dana Loesch, RedState’s “extreme right blogger” Erick Erickson, Focus on the Family’s James Dobson, Family Research Council’s Tony Perkins and sports analysts David Tyree and Tony Dungy.

Signorile’s description of these people and the groups they represent is anything but balanced. For example, he characterizes the Family Research Council as a “viciously anti gay right-wing group” and calls Erickson an “out-and-out racist” who compared blacks to Nazis. Erickson did not say anything close to that, but what else would you expect from someone whose own hatred for conservatives impedes basic reading comprehension?

"Why, for example, is Donohue used to represent all Catholics when he obviously does not? It could be that media executives are bowing to religious conservatives’ charges of a liberal and pro-gay bias in the media. Laura Ingraham has been noted as one of the biggest purveyors of this myth, and it obviously worked out well for her, winning her a spot on ABC."

But Signorile doesn’t just charge the media to discriminate against Christians and conservatives, he also calls for businesses to. In an ironic twist, Signorile rails against discrimination against gays in hiring practices yet explicitly calls for businesses to discriminate against people who disagree with him. In a chapter on homophobia in professional sports, he demands “teams send a message, right now, to young people that homophobia is not accepted. And that means giving more than a slap on the wrist for homophobic comments and actions, and it means not hiring virulently antigay individuals in prominent positions.”

We already know what Signorile considers “virulently antigay” so he’s basically calling for a Christian and conservative blacklist.

In a candid and revealing passage of the epilogue, Signorile bares his bigoted views, front and center:

"In fact, it’s time for us to be intolerant – intolerant of all forms of homophobia, transphobia, and bigotry against LGBT people. People often use the phrase “let’s agree to disagree” when they respect but do not share the different positions of their friends or colleagues … [but]Anything less than full acceptance and full civil rights must be defined as an expression of bias, whether implicit or explicit. And it has to be called out ... if we’re to get beyond tolerance."