Professional sports is becoming increasingly political, thanks to the media. Journalists love to praise players who flaunt that they fall into a sexual minority or bash players and coaches if they happen to mention their Christianity or politics.

But NBC completely forgot to mention how the NFL showed support to the two NYPD officers who were targeted and killed last week. Both New York Jets then-coach Rex Ryan and New York Giants coach wore “NYPD” hats for their game Sunday.

NBC loves to highlight players for their political and social views if they are socially liberal. The network did exclusive interviews with the first openly gay NFL player Michael Sam; did several interviews with gay Olympic athletes and hyped St. Louis Rams players protesting as they came onto the field in ‘Hands up, don’t shoot’ stance after the Michael Brown ruling. 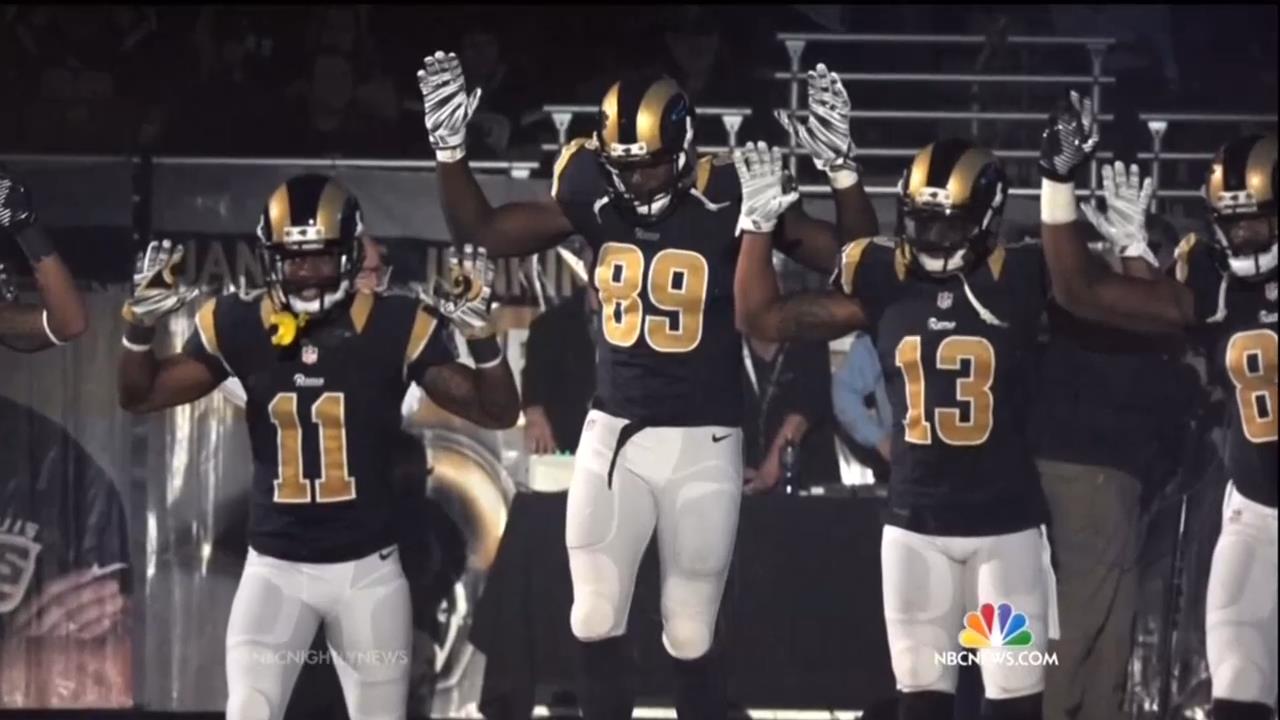 Twitchy reported with screenshots from the Sunday game how Ryan wore a NYPD hat on the sidelines and during the press conference afterwards.

Twitter users noticed that both Coughlin and players all wore NYPD hats at the start of their game with the Eagles Sunday as well and had a moment of silence for the two fallen officers.

It seems odd that the New York City-based NBC News had no problem reporting on a few St. Louis Rams’ players holding their hands up in protest, but conveniently ignored the political demonstration from two teams in its own backyard. The one network that did report on the small display was CBS. On CBS This Morning Dec. 29, the network reported the “high-profile support” the New York Police Department was getting amidst the tragic shooting. 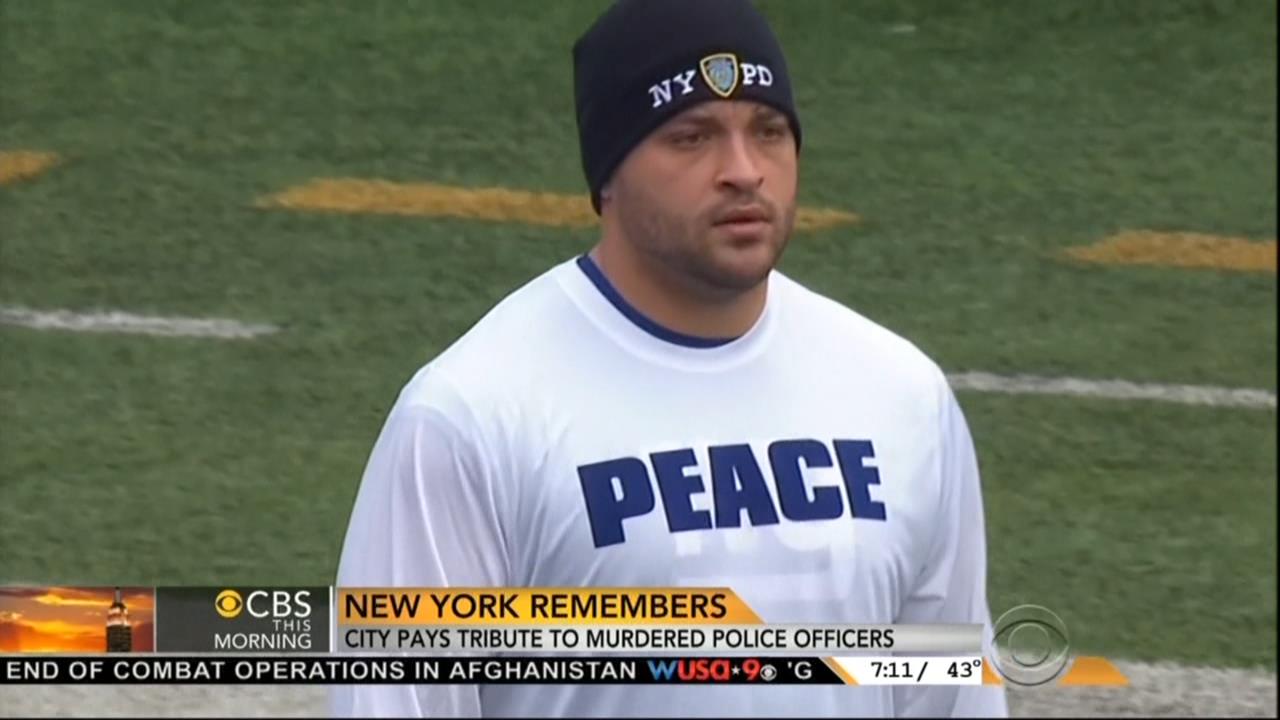