When it comes to social issues, you can always expect Jon Stewart, who the left loves to call a “moderate,” to toe the liberal party line. On Tuesday night’s “Daily Show,” Stewart spoke about the NFL’s St. Louis Rams players coming onto the field before the Sunday game with their hands raised in the Ferguson protesters’ gesture of “Hands up, don’t shoot.” To Stewart, the gesture was a “rare instance of social awareness” and “solidarity.”

Despite the fact that there is no reliable evidence that that Michael Brown ever put his hands up in his encounter with Officer Darren Wilson, protestors around the country have adopted the hand gesture as symbol for Michael Brown’s innocence and police brutality. Instead of acknowledging the fact that this incident has been largely debunked as part of the false narrative of events leading up to Brown’s death, Stewart bashed the St. Louis police for taking offense at this mini-rebellion.

Comparing the ‘Hands up, Don’t shoot’ gesture to the Hunger Games’ ‘Mockingjay’ three finger salute, Stewart made this pointed remark:

“A rare instance of social awareness from the NFL, joining in a common symbol of solidarity. Like that Hunger Games Katniss’ three finger salute. Of course, obviously, the District 11 residents who held up their hands like that, were immediately attacked by the police, which is where our metaphor …”

Stewart let the sentence trail off, insinuating that the St. Louis police would use violence to crush any rebellion like the totalitarian government in the fictional Hunger Games series.

Stewart played a clip of a St. Louis Police officer condemning the football players’ action as “picking at scabs” instead of “allowing wounds to heal.” Well that was too much for Stewart who acted shocked and exclaimed, “Holy shit!” He then sarcastically responded:

“So the St. Louis Police organization is angry and outraged to have been caught in this hail of gestures and feels that the community won’t get past this tragic pantomime unless someone is held accountable. That’s the angle they’re going with? Alright.” 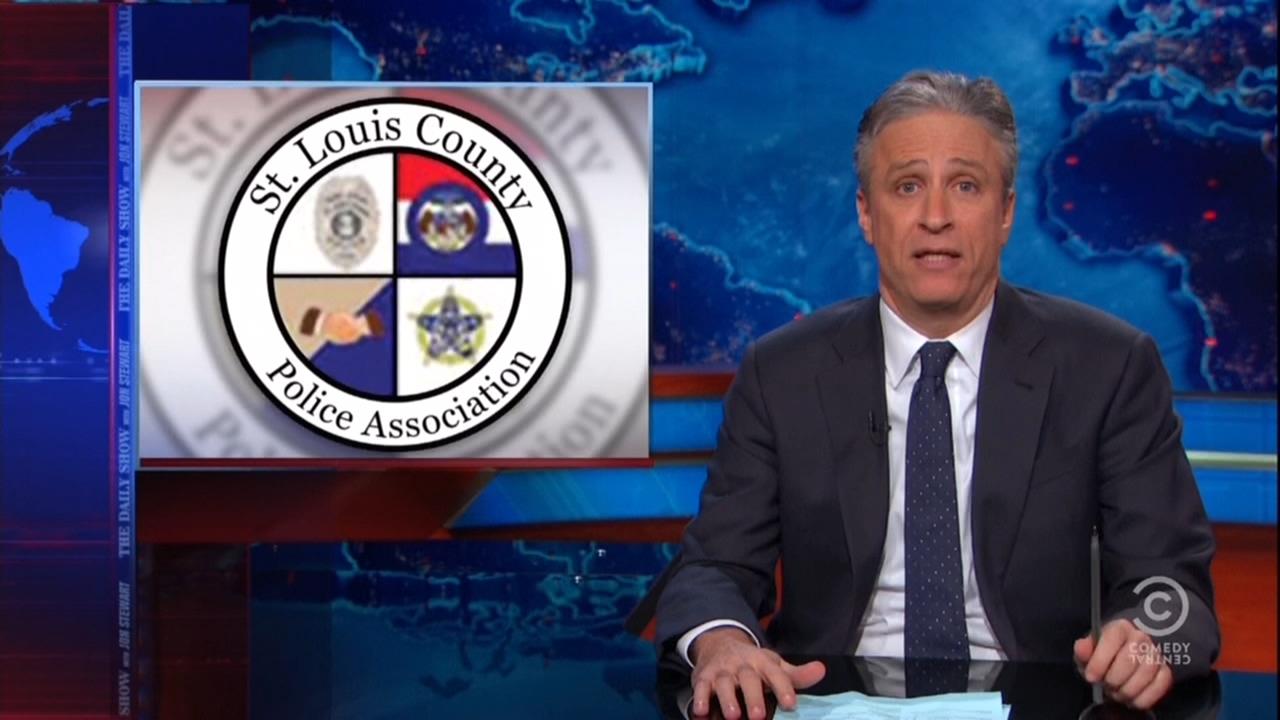