Two Similar Terror Attacks on Same Day: Networks Choose to Report Only One and Here’s Why 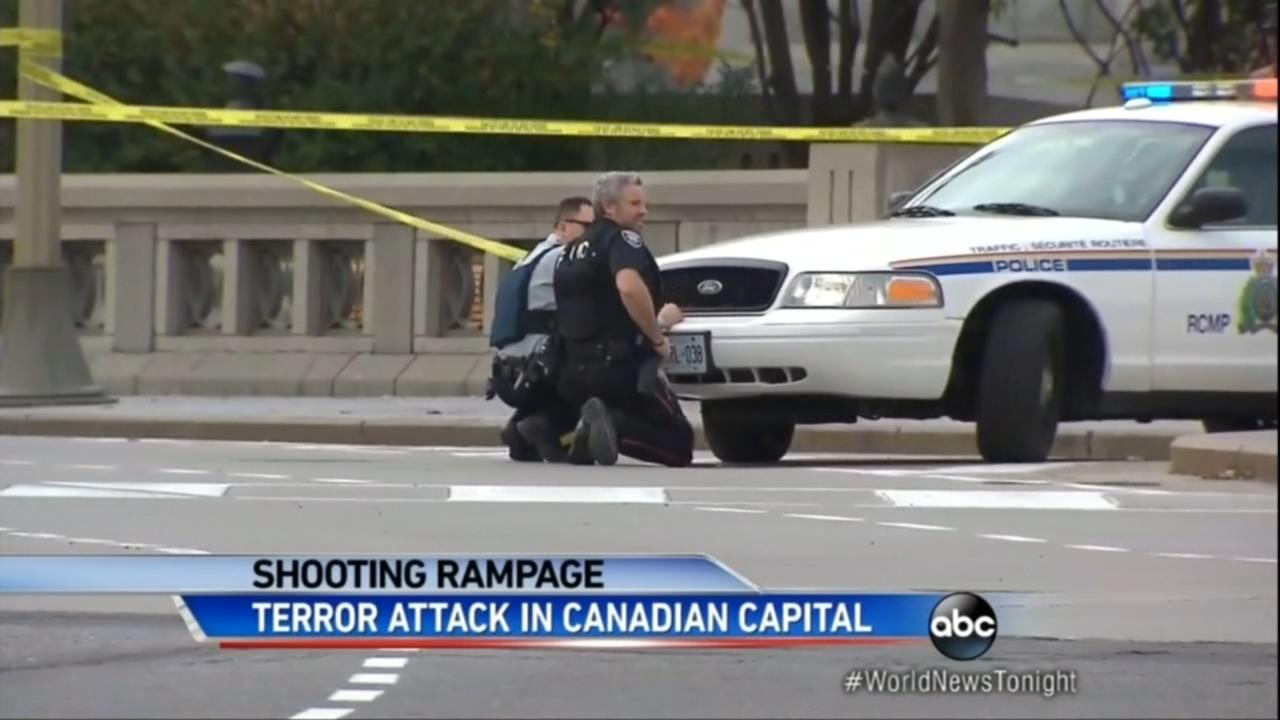 Two terror attacks occurred Oct. 22. Both resulted in multiple casualties, and in each case, one innocent was killed. Both were the work of young Islamic men. But, while the network news that evening opened their broadcasts with one of the incidents, they completely ignored the other.

The leading story of the night was the attack on the Canadian Parliament building and the War Memorial in Ottawa. A shooter who was described as a recent convert to Islam went on a rampage first killing a soldier guarding a war memorial, before the man hijacked a car, drove to the parliament building and began shooting there. Police eventually shot and killed him.

The networks rightly gave the Canadian terror attack story plenty of attention. NBC Nightly News spent a little over 5 minutes, while ABC World News gave 6 minutes and 23 seconds and CBS Evening News spent 6 minutes on the story. Yet none of the evening news broadcasts mentioned an attack that occurred at the same time in Jerusalem.

A Palestinian man subsequently identified as a Hamas member drove his car into a crowd disembarking from a train, injuring seven and killing a three-month-old American baby. The murderer was then shot and killed by police as he tried to escape.

But did the networks connect this incident to the one in Ottawa? No, instead, ABC World News decided to report on “parents behaving badly” at sporting events, and show an “exclusive” interview with the cast of the film “Interstellar.”

In fact, none of the three networks reported on the story Oct. 22. The only broadcast which mentioned the Oct. 22 terror attack was NBC’s Today show the morning of Oct. 23.  The segment lasted just 16 seconds, and talked about the incident as if it were an ordinary traffic accident. NBC did not describe the incident as an act of terrorism, until the very end where anchor Natalie Morales deflected, “Israel blames Hamas for the attack.”

ABC rightly connected the Ottawa shooting to another incident that just happened two days before, when another convert to Islam “used his car to run down two Canadian soldiers in uniform” near Montreal.

Is it too much to ask that, having made the connection between Ottawa and the Canadian car attack, ABC would mention an identical attack that occurred almost simultaneously? Or is it not worth mentioning when an attack happens in Israel?

The networks have a history of ignoring Islamic terrorism when the victim is Israel. They ignored when Hamas admitted to kidnapping and murdering three Israeli teens.  The networks also have demonstrated a pattern of refusing to call Hamas “terrorists,” favoring terms like “militants” or “fighters.”

It can only be guessed that this Israel story got even one mention because the person killed was an American citizen.