Here's how she began her click-baity June 1 Newsweek piece, "How Timothy McVeigh's Ideals Entered the Mainstream":

Republican presidential candidates gathered last month at the Oklahoma City Cox Conference Center, just a few blocks from the site of what was the Alfred R. Murrah Federal Building. Two decades ago, anti-government militia sympathizer Timothy McVeigh blew it up in what he called an act of war against the U.S. government. It was the worst crime of domestically bred terrorism in American history. McVeigh was executed in 2001, but since then, some of his militia ideals have gone mainstream and even been introduced as laws in many states, including Oklahoma.

Legislators in dozens of states have submitted proposals to nullify or block federal laws — a longtime goal of militias. These have included exempting states from federal gun laws and educational standards, as well as, of course, Obamacare. That doesn’t make these anti-federal statutes part of McVeigh’s madness, but Republican politicians now often echo conspiracy theories once relegated to troglodyte pamphlets. And several states have passed laws making gold a currency — a step toward returning to the gold standard — even though currency is a federal responsibility. 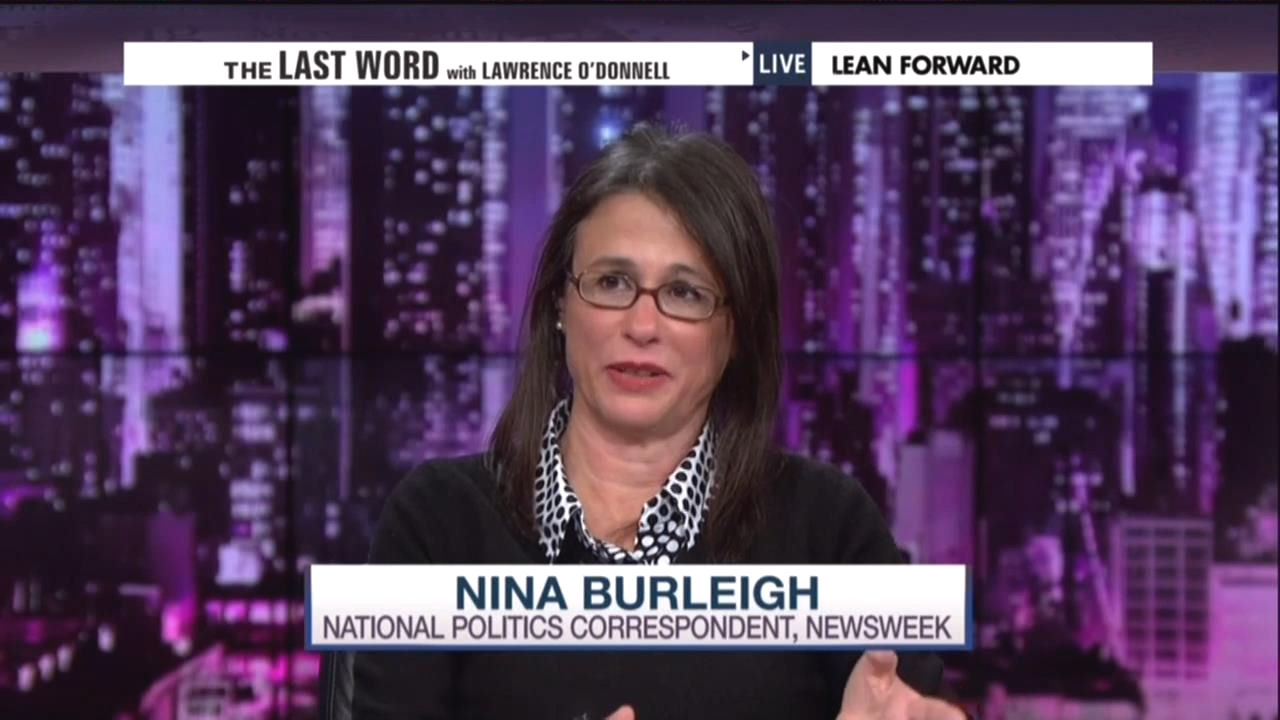 Now, to be clear, Burleigh is NOT arguing that Republicans share the violent, bloodthirsty terroristic impulses which drove McVeigh to mass murder, but she delights in hinting at a moral equivalency nonetheless, even to the point of using inflammatory and insensitive -- particularly to the family of Oklahoma City bombing victims -- language (emphases mine) in her concluding paragraphs:

To suggest that today’s tyranny rhetoric bears any link to McVeigh-style violence provokes outrage among conservatives, and Wichita State University political scientist Neal Allen, who has studied nullification laws past and present, says the politically active new-model nullifiers do differ from their anti-government precursors. “There is a lot of distance between Timothy McVeigh and attempts by state government to block or limit federal power, not least because Timothy McVeigh was coming from a clearly racist position,” he says.

Allen says the problem with the GOP’s absorption of extremist rhetoric and goals is not that it encourages the violent, but that it obstructs the normal ebb and flow of politics. When politicians court a base that believes the federal government is the enemy, it becomes nearly impossible to negotiate. Judging by the gridlocked committee rooms of the Capitol, that metaphorical truck bomb has already detonated in the heart of the American political process.

Burleigh is one to talk about political extremism, given her track record of hard-left bias thinly-disguised as journalism.  Indeed, her infamous "Kneepads" nickname goes to her now-infamous proclamation that she'd gladly orally gratify President Clinton a la Lewinsky as an expression of gratitude for his work to "keep abortion legal" and for "keeping the theocracy off our backs." 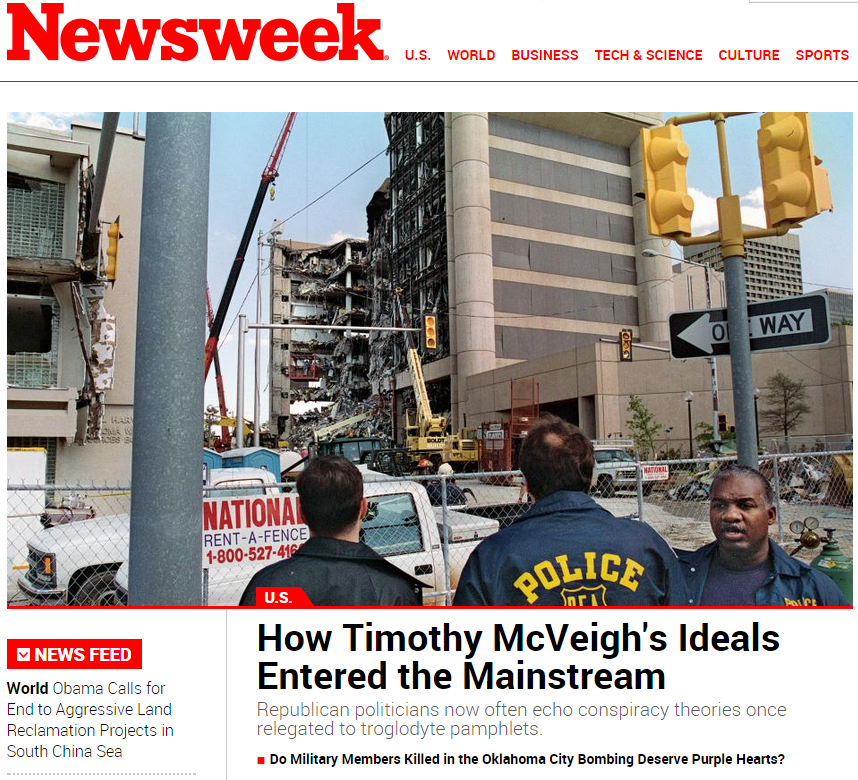