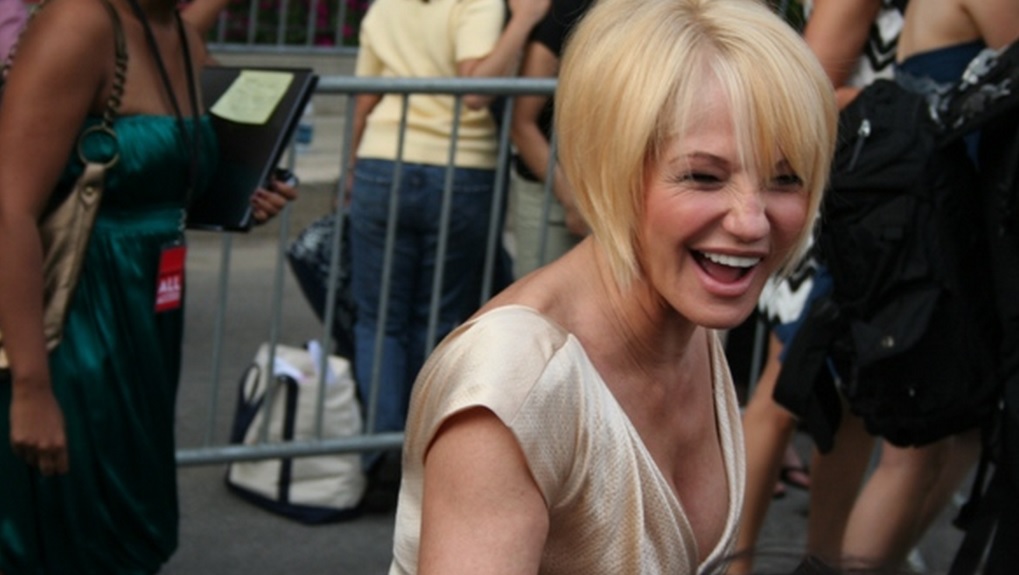 Forget speaking for the voiceless – according to Hollywood.

Actress and abortion absolutist Ellen Barkin took to Twitter Nov. 1 to declare when life begins. (She’s not a scientist, but maybe she played one on TV once.) According to Barkin, fetuses, babies and infants are not “persons” because they “cannot talk.” A Tony and Emmy award winner, Barkin has boasted roles in movies including, “The Big Easy,” “Sea of Love,” “Ocean’s Thirteen” and “Very Good Girls.”

“News flash...a fetus cannot talk,” Barkin tweeted. “It is not a person. Not even a baby, not even an infant. Nope. Sorry.” 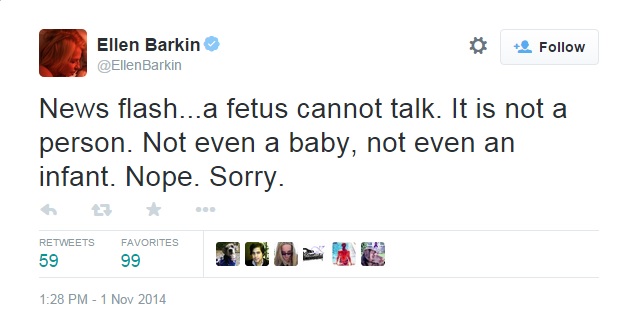 In the past, Barkin proved she had no qualms about arguing abortion over Twitter, saying: 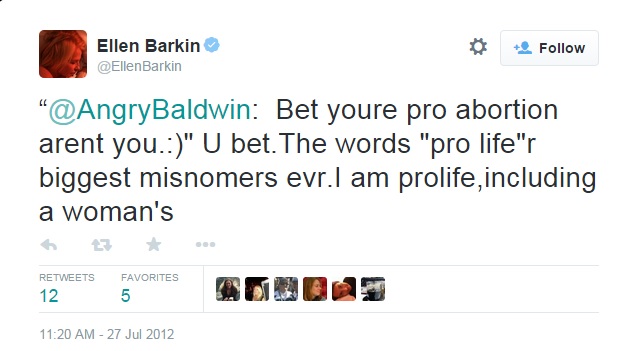 Besides warning that “Virginia Regulations Could Shutter Abortion Clinics” in 2012, Barkin is an Obama supporter (“if Obama loses the election,” then “a police state will be just around the corner”) and Wendy Davis advocate.

She also has a thing for mocking Christian conservatives, and her flip pro-abortion attitude complements some of Lena Dunham's past comments.