Looks like the media need their own distribution – of dictionaries.

Columnist Sarah Gray recently highlighted, “The Satanic Temple’s hilarious response to a pro-religion court ruling” in a Sept. 16 piece for Salon. That “ruling” was a Florida judge’s dismissal of a lawsuit when the Orange County school board agreed atheist groups could offer pamphlets to schoolchildren alongside Christian groups distributing Bibles. In response, The Satanic Temple decided to join in by distributing “The Satanic Children’s Big Book of Activities.” 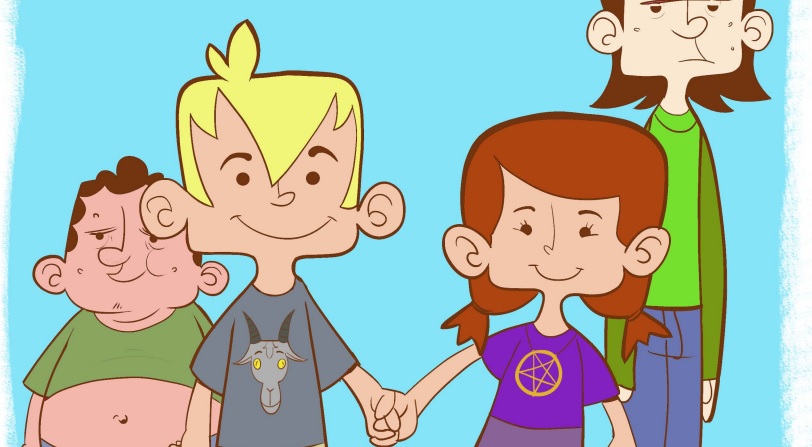 The “book of activities” (described by Gray as “kid-friendly literature”), includes games for children with instructions, including:

(Many words come to mind. “Hilarious” and “kid-friendly” not among them.)

But not all media reactions were positive. “I am all for free speech, whether it comes from the heavens or down below. But leave our kids out of the crossfire,” Sun Sentinel columnist Daniel Vasquez reacted. “The last thing my kid needs is another book to stuff into his overloaded backpack.” 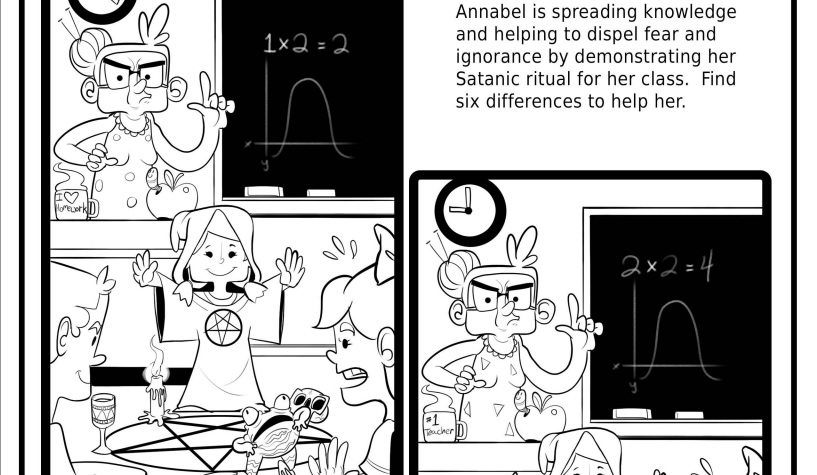 In a September statement, The Satanic Temple announced that the group will offer to children “pamphlets related to the Temple’s tenets, philosophy and practice of Satanism, as well as information about the legal right to practice Satanism in school.”

“If a public school board is going to allow religious pamphlets and full Bibles to be distributed to students -- as is the case in Orange County, Florida -- we think the responsible thing to do is to ensure that these students are given access to a variety of differing religious opinions, as opposed to standing idly by while one religious voice dominates the discourse and delivers propaganda to youth.”

While Graves admitted “we prefer public policies respecting secularism,” her organization wanted to ensure an “equal voice for contrasting religious opinions.” “I am quite certain that all of the children in these Florida schools are already aware of the Christian religion and it’s Bible,” he continued, “and this might be the first exposure these children have to the actual practice of Satanism.”

“We think many students will be very curious to see what we offer,” he stressed. 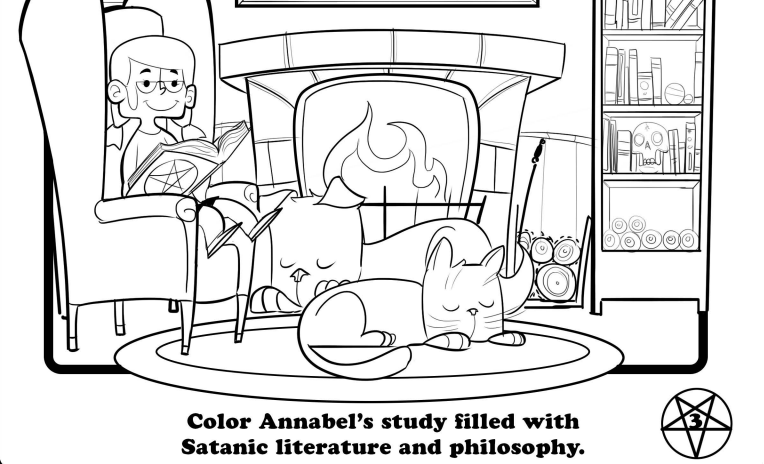 The Satanic Temple boasts other “efforts,” including pushing for a Satanic monument at the Oklahoma State Capitol, scheduling a “Satanic Mass” reenactment at Harvard University and deeming gay marriage a “sacrament.”

As a spokesperson for the Florida school district, Kathy Marsh, told The Daily News that The Satanic Temple had yet to contact them and added, “We reserve the right to review the material before we decide what is distributed.”