Even more surprising was the decision by NBC News to promote the video from sister network CNBC about “Confucian capitalism” and the Chinese philosopher’s laissez-faire views of economics, given the network’s past attacks on capitalism. 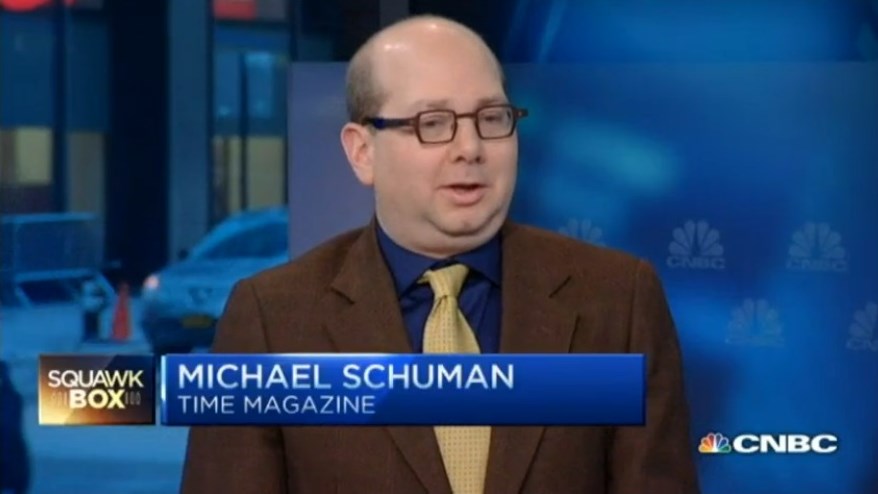 In the video from Squawk Box March 6, Time magazine correspondent Michael Schuman discussed the topic of his recently published book, “Confucius: And the World He Created.” Schuman said that he found it interesting “how modern some of Confucius’s ideas on economics actually feel to us today. He was surprisingly laissez-faire in his economics.”

Confucius was a proponent of low taxes and small government that refrained from interfering in the economy, according to Schuman.

Confucius thought that “if you earn wealth the proper way, if you were a good virtuous person and you happen to make money along the way, hey, that's okay, too,” Schumer said.

“That’s incredible that he said all that stuff,” co-anchor Joe Kernen chimed in. Kernen disputed that these views were modern and argued they were more popular 20 years ago, than they are today.

But it was also surprising that NBC promoted the video given the network’s history of criticizing capitalism and small government.

Today turned to liberal filmmaker and activist Michael Moore who made Capitalism: A Love Story, on Oct. 15, 2009, as an expert Wall Street basher.

Moore claimed that Wall Street was “getting rewarded” for having “burned down our economy.” The hit piece on Wall Street bankers and bonuses and also included CNBC’s Dylan Ratigan.

“But not surprising, because that's our capitalist system. They can get away with it because it's legal,” Moore said.

Today co-host Matt Lauer interviewed Virgin Group founder Richard Branson on Dec. 1, 2011. Discussing Branson’s book, Screw Business As Usual, Lauer said that “Sir Richard Branson argues the driving force behind capitalism should not be about making a profit, it's about caring for people, communities, and the planet.”

After asking Branson about the practicality of such a business model, Lauer concluded that “it’s a different kind of capitalism. You're not saying that once you become successful you abandon the principles of capitalism, you just adjust those principles.”

Suspended Nightly News anchor Brian Williams also demonstrated a liberal bias on numerous topics, including on economic issues. Williams has criticized the wealthy, been baffled by opposition to Obamacare and critical of not hiking the minimum wage.

Just as many in the news media attacked former governor and presidential candidate Mitt Romney over his taxes, Williams used them to hit Romney for having “unfathomable wealth.”

On Jan. 25, 2012, Williams said that “in releasing his taxes, he reveals what most Americans will regard as unimaginable wealth.” He also went on to challenge Romney’s support for low capital gains tax rates.