On Wednesday night, Comedy Central host Larry Wilmore went to great lengths to promote the idea that calling rioters in Baltimore thugs was just a socially acceptable way of using the “n-word.”

The Nightly Show comedian began is commentary by playing several edited clips of different people referring to the Baltimore rioters as thugs, including President Obama, which Wilmore took great offense to.

**Warning** Video contains language that may be offensive to some.

Wilmore bemoaned that Obama’s “changed” and joked that the Obama that would never use the word “thug” was “Choom gang Barack. Choom gang Barack, right? Right? Come on. We know it's true. He would have offered you a hit of his jazz cigarette, and rapped with you about the oppressive police state.”

Not to be restrained in his over-the-top commentary, Wilmore eagerly promoted the remarks made by Baltimore City Councilman Carl Stokes who first compared the word thug to the “n-word” during an interview with CNN’s Erin Burnett. Wilmore beamed that “Baltimore Councilman Carl Stokes help me figure out the word I'm searching for. Oh, and please scare a white lady while you’re doing it.”

Rather than condemn Stokes’ harsh language, Wilmore proclaimed that “thanks to that clip, Mr. Stokes gets our inaugural “straight up boss of the week” award. That's right. You earned it, Carl.” Later on, Wilmore brought on Nightly Show social commentator Felonious Monk to expand on the topic.

Monk argued that if “n-word is heroin, then thug is like oxycontin. You can get the same exhilaration, but you can use it in public” and that those who use the word thug, like President Obama “he who dons the tiny black mustache be not a Nazi, though his visage may conjure the terrible right and so it is, with thug.” 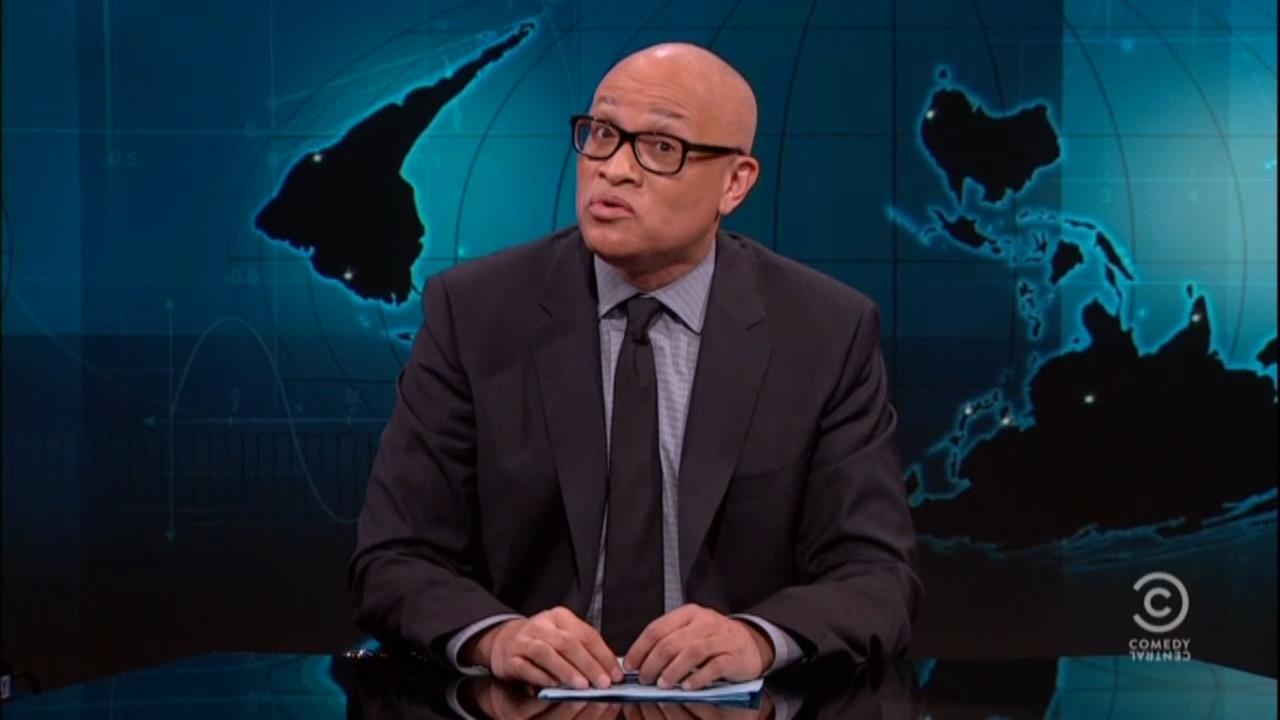 Unsurprisingly, Wilmore was not the first member of the liberal media to equate the word thug with the n-word. During a panel discussion on Wednesday’s Now with Alex Wagner, Salon’s Brittney Cooper and the Nation’s Ari Berman likened the use of the word thug to describe rioters and looters in Baltimore to the n-word.

Host Alex Wagner observed that “there are folks, like CNN’s Erin Burnett, who don’t understand why it’s offensive; and why some people are saying the ‘T’ word is the new ‘N’ word.”

It’s not a word, certainly, that I’m comfortable with. It’s not a word that I use. I think that we can all agree that that word, that term has been racialized, and I think what I saw during the riots was, I saw a lot of crimes being committed, I saw multiple assault, I saw theft, I saw arson, and those are crimes, and so, should we call them “criminals?” Yes.

During an interview with Baltimore Mayor Stephanie Rawlings-Blake on Thursday, CBS This Morning’s Gayle King even felt the need to ask “You were criticized for calling some of the protesters thugs. You know, A lot of people look at these people saying these are people in pain, they're striking out--because they don't have any options in their city. Do you regret using that word?”

Given that Baltimore has been thrown into chaos as a result of the ongoing violence and looting, one has to question the media's priorities when people continue to debate whether or not the word "thug," which President Obama himself has used, is the new "n-word."

LARRY WILMORE: Thug. Really, that's what they are?

BARACK OBAMA: Criminals, and thugs who tore up the place.

You know, but-- I don't like this whole using the word thug. I tell you why, because when people say thug in this way, I think they mean what-- you know, Baltimore Councilman Carl Stokes help me figure out the word I'm searching for. Oh, and please scare a white lady while you’re doing it.

ERIN BURNETT: President Obama also called the protestors in his words today “criminals and thugs.” Isn't it the right word?

WILMORE: Damn, Carl. I was just kidding about scaring the white lady. Seriously, the last time a black guy shoved down a white woman on national TV like that Kanye had to go into hiding for a year. I was kidding. Well, hey, thanks to that clip, Mr. Stokes gets our inaugural “straight up boss of the week” award. That's right. You earned it, Carl. You earned it. But you know, but Carl wasn't the first person to notice this new secret code word.

RICHARD SHERMAN: I think it used to be the "N" word. Now they are using thug instead of the "N" word as a more accepted way of saying it.

WILMORE: And Richard Sherman should know, he's a thug. Just kidding, Richard. You know you are my nigga! There's a difference, guys. That's just semantics. But not everybody understands that.

WOLF BLITZER: Now some people are suggesting community leaders that we're thugs is- equivalent, sort of the new N word.

UNKNOWN PERSON: Like how Orange is the New Black, thug has became the new N word.

ALEX WAGNER: Some are saying the T word has replaced the "N" word. 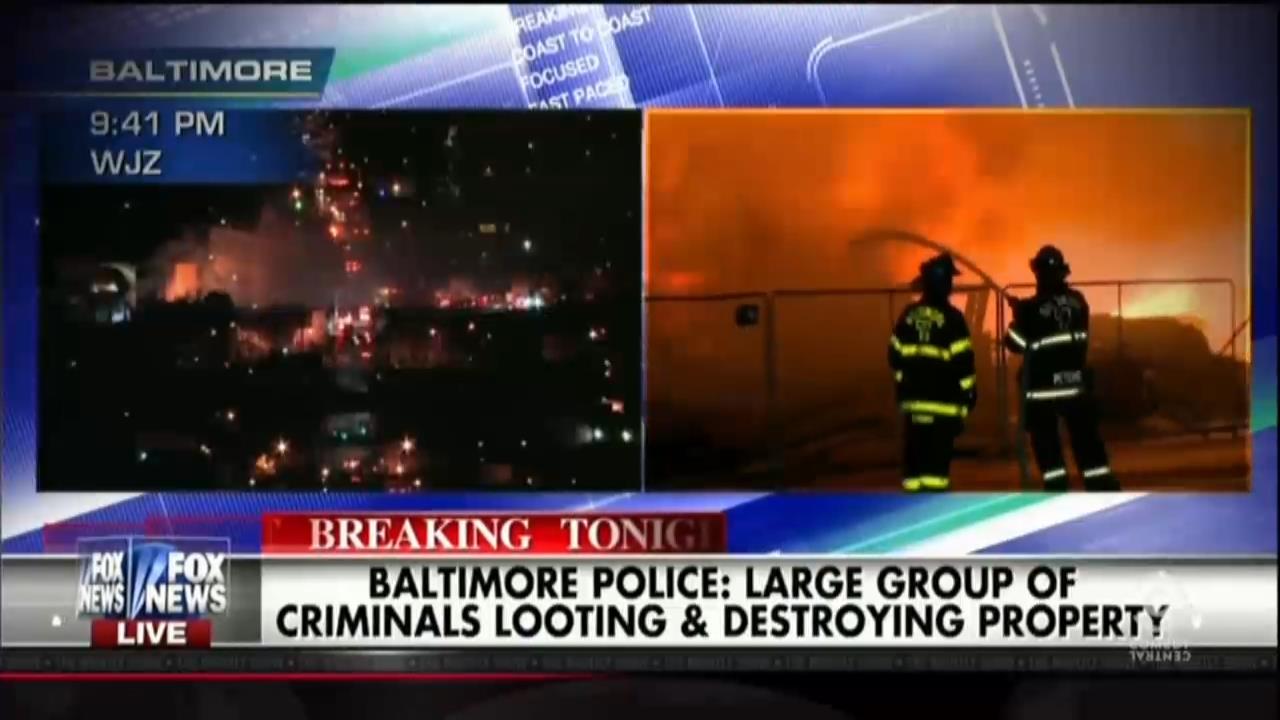 WILMORE: Okay, all right, I think we're going to need some extra help sorting through this. So, joining me now  to talk about this is our new Nightly Show social commentator and black egghead or blegghead, Chicago’s own Felonious Munk, welcome to the show, Felonious. Good to you have on the show.

FELONIOUS MONK: Good to be here.

WILMORE: So let's get right down to it, felonious. So is thug the new N word.

MONK: New and old has no meeting in the Diaspora of our struggle, brother Larry. For what is a word if not a simultaneousness protest hymn and a cudgel of the police state in and of itself.

MUNK: T-h-u-g, each letter its own nexus of potentialiality and subservience. To understand you have to traverse the amplitude of time itself until you find yourself in 14th century India. There thugs were bands of thieves who strangled their victims only to then rob the corpses. Cut to.

MONK: Cut to hundreds of years later. The racial leviathan has sunk his tendrils into these United States and the thug, a thug is any person of ebony complexion who so ever the structure of status quo have deemed jeopardous.

WILMORE: Okay. So I think you said it started in India. But now it's used primarily to describe black people in jeopardy. Is that accurate?

MONK: Larry, the "N" word was a narcotic to the racist.

MONK: Look to the bigot after the word leaves his lips you will see him enveloped by a lithium haze of sucker and assuagement. But now that word has been excised from polite company. Like so much ravel and the proverbial man needs an ersatz substitute.

WILMORE: Ersatz, right. I'm with you. But let's say I wasn't with you, let's just say. How else would you break it down.

MONK: Larry, if the "N" word is heroin, then thug is like oxycontin. You can get the same exhilaration, but you can use it in public.

WILMORE:: I get it. Okay, but here's the thing, we saw that Obama said thug yesterday, is Obama a racist.

MONK: He who dons the tiny black mustache be not a Nazi, though his visage may conjure the terrible right and so it is, with thug.

WILMORE: Okay. You're not necessarily a racist if you say thug but it is racist to say thug?

MONK: I guess if you want to oversimplify it.

WILMORE: I do want to oversimplify it thank you, Felonious Monk, everyone. We'll be right back