Did Chuck Todd Say Too Much About MSNBC?

While much of the book details the numerous political battles the administration was engaged in, three excerpts from the book are quite striking. Not only does Chuck Todd concede that MSNBC is openly leftist, the NBC host writes that “perhaps most frustrating to Team Obama was that even their allies weren’t always allies.” 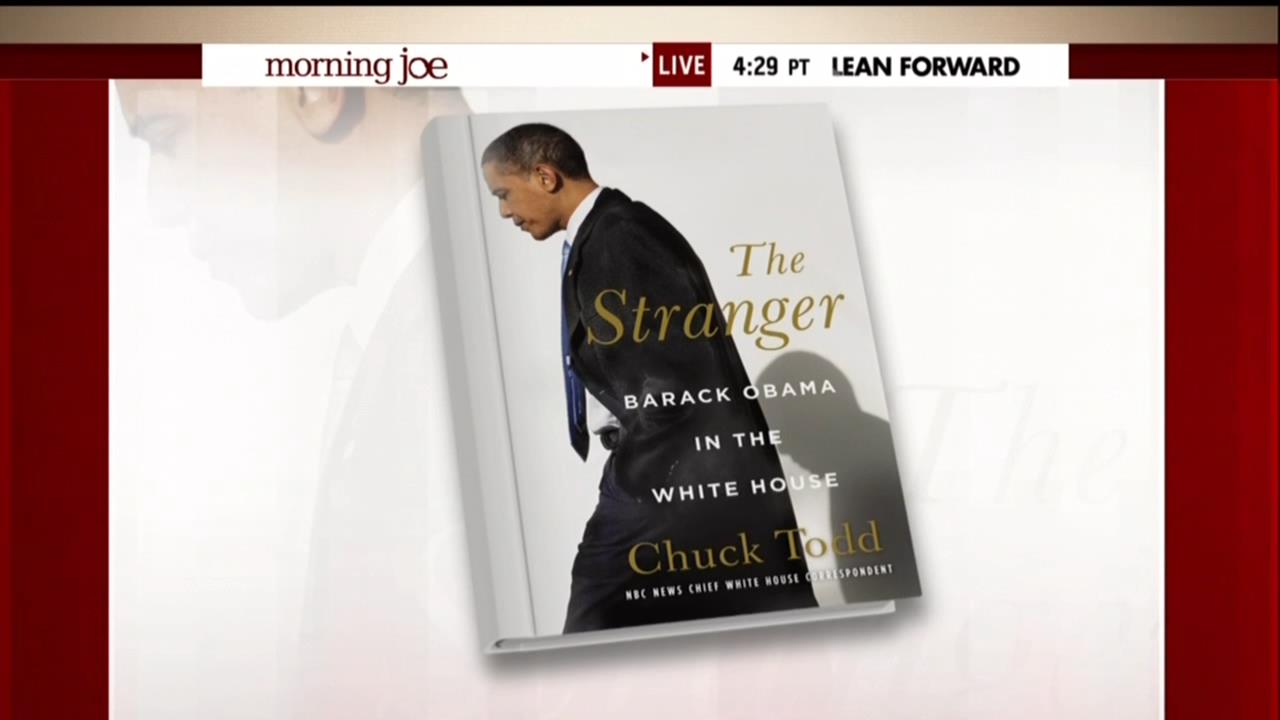 In the intervening four years, Gibbs, Pfeiffer, and Axelrod, all veteran communicators with long histories of dealing with reporters, joined Obama in recognizing this changing media landscape.

The fragmentation and proliferation of political media led to the rise of partisan cable networks that catered to specific ideologies-Fox News on the right, MSNBC on the left, CNN claiming to be presiding over a decreasing share of the viewership in the middle, though with a tendency toward the tabloid.

Perhaps most frustrating to Team Obama was that even their allies weren’t always allies. If Clinton, who tried to govern from the center, irritated the left, the worst he might face was an angry quote or op-ed in the New York Times. 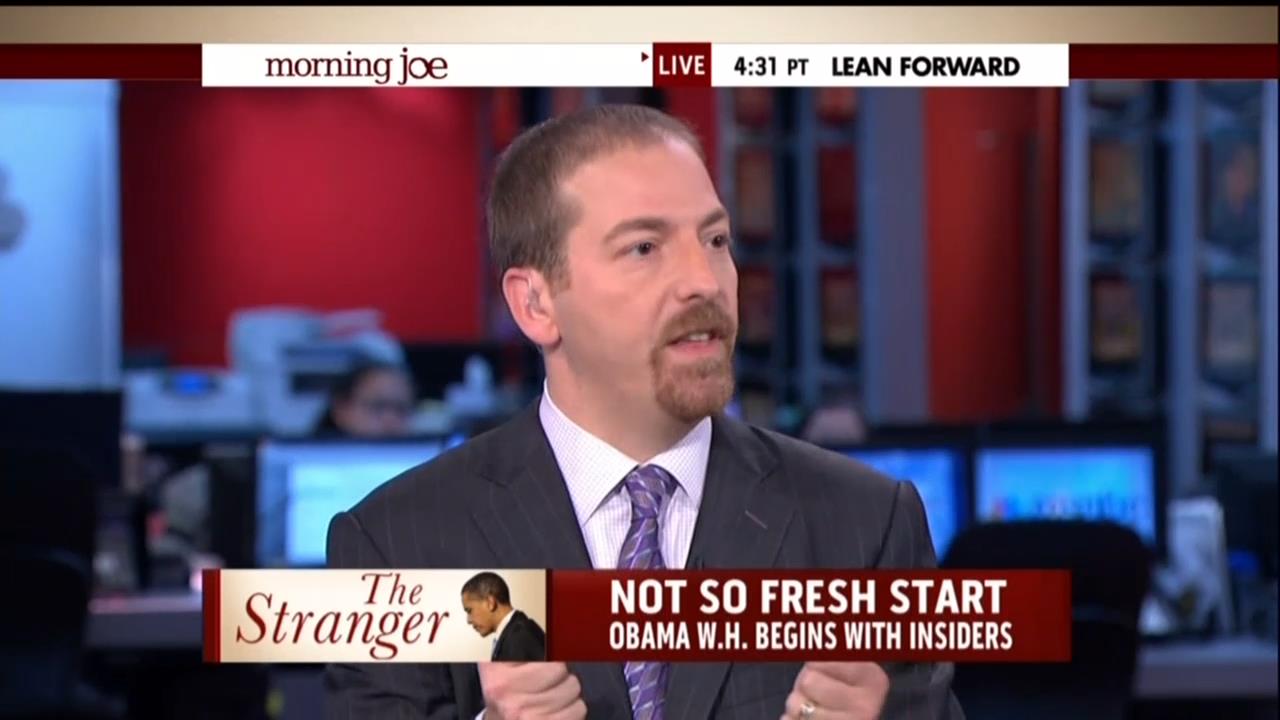 In the age of Maddow, Chris Matthews, and Ed Schultz-the prime-time lineup on MSNBC-“now there’s an entire industry,” Pfeiffer said, of liberals who have the audience, and the television time, to assault Obama’s left flank. The whole scene made Obama even less enthusiastic about reaching out to the media-after all, if your friends were betraying you, why bother with anyone? (Italics in the original.)

Would Todd think it was petulant and whiny if President Bush didn’t want to reach out to the media because someone on Fox News might criticize him from the right?

The Meet the Press moderator also took a cheap shot at Fox News over the New Black Panthers intimidation of voters at a Philadelphia precinct during the 2008 election:

A white president would not have been reflexively linked to, say, Ku Klux Klan groups, but Fox News routinely ran stories about the radical antiwhite New Black Panther Party, which had allegedly intimidated voters in Philadelphia during the 2008 elections.

While Todd eagerly smeared Fox News, the former host of The Daily Rundown seemed to forget that one of his own co-workers “reflexively linked” Mitt Romney to the Ku Klux Klan back in December, 2011. MSNBC host Thomas Roberts proclaimed:

So you might not hear Mitt Romney say ‘keep America American’ anymore. That's because it was a central theme of the KKK in the 1920s. It was a rallying cry for the group's campaign of violence and intimidation against blacks, gays and Jews. The progressive blog America blog was the first to catch onto that.