Who Lied? Jonathan Gruber Linked to Getting Obamacare to Illegal Aliens

Jonathan Gruber, Sylvia Burwell and Joe Wilson.  Added to the mix of the two biggest issues of the day - ObamaCare and an expected Obama executive order granting amnesty to millions of illegal immigrants, this is a potent cocktail of political explosives. 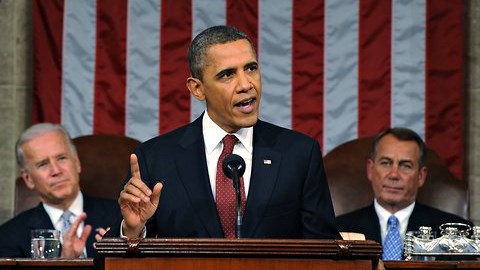 As President Obama addresses a Joint Session of Congress on his health care proposals - the proposals that would eventually become The Patient Protection and Affordable Care Act (ACA) -- aka ObamaCare -- South Carolina Congressman Joe Wilson abruptly and famously shouted “You lie!”

While Wilson was chastised for his decided breach of congressional decorum, in fact what he was literally yelling about were these words from President Obama: “There are also those who claim that our reform effort will insure illegal immigrants. This, too is false. The reforms I’m proposing would not apply to those who are here illegally.”

Controversial MIT professor Jonathan Gruber, n the headlines for repeated videotaped admissions of lying to the “stupid” American people in writing the ACA law, has been tied to the hotly controversial issue of amnesty for illegal immigrants. An amnesty that would get around the prohibitions of the ACA that deny Obamacare to illegal immigrants by simply and directly removing the status of “undocumented” from “undocumented immigrants” - thereby making them eligible for Obamacare.

Now, Fox News co-host Greg Gutfeld has dug up this recent clip of HHS Secretary Sylvia Burwell calling for “extending Obamacare benefits to DREAM-eligible illegal immigrants” and adding that “DREAMers are not able to be covered in the marketplace. And this is an issue that I think is more than a health care issue — it is an immigration issue…And I think everyone probably knows that this administration feels incredibly strongly about the fact that we need to fix that. We need to reform the system and make the changes that we need that will lead to benefits in everything from health care to economics to so many things — a very important step that we need to take as a nation.”

And who just happens to be well out there providing the data on illegal immigrants and Obamacare? If you guessed MIT’s Jonathan Gruber, you would be right.

And Jonathan Gruber, who confesses that the Obama administration deliberately sold its program by lying about it, has now been tied to supplying data on health care for those illegal immigrants. Illegal immigrants who would instantly become beneficiaries of the very same ACA once granted amnesty -- exactly as Obama HHS Secretary Burwell said was the goal.

In a “Final Report to the Commonwealth Fund” titled “ Undocumented Immigrants and Health Care Reform”, published by the UCLA Center for Health Policy Research on August 31, 2012 (hat tip to NB's P.J. Gladnick), the report acknowledges only two sources at the very beginning of the report. The two sentence “Acknowledgments” reads in its entirety as follows: “Funding for this report was provided by a grant from The Commonwealth Fund. Special data runs were provided by Jonathan Gruber at MIT.”

The Commonwealth Fund describes itself on its website this way:

“The Commonwealth Fund is a private foundation that aims to promote a high performing health care system that achieves better access, improved quality, and greater efficiency, particularly for society's most vulnerable, including low-income people, the uninsured, minority Americans, young children, and elderly adults.”

“Despite the far-reaching expansion of health care coverage for the large number of uninsured individuals in the US, the ACA explicitly excludes undocumented immigrants from purchasing health insurance coverage through the health exchanges. In addition, undocumented immigrants continue to be ineligible for most public forms of health insurance coverage and would not benefit from any Medicaid expansions carried out by the states.”

This ban on ObamaCare for “undocumented immigrants” as well as their ineligibility for “most public forms of health insurance coverage” would end if President Obama grants them amnesty. Which is exactly what Secretary Burwell was demanding just this past week.

The UCLA  summary goes on to say: “In addition, we present estimates of uninsurance rates for the undocumented population before and after full implantation of ACA based on the Gruber MicroSimulation Model (GMSIM). “

Among the “Key findings” based on Jonathan Gruber’s data in this report are these:

* “….factors such as limited access to quality health care, low income and occupational status, and legal status may erode the health advantage of the undocumented at a faster pace than their documented counterparts.”

* Health insurance coverage is lower for undocumented immigrants than US-born citizens and other US immigrant groups.

* Uninsurance rates based on the Gruber MicroSimulation Model (GMSIM) estimate that there will be a negligible change in the uninsurance rates of undocumented immigrants. Nationally, their share of all uninsured ages 0-64 is projected to rise from about 10% to 25% as a result of the improved coverage of the rest of the population.

* It may be possible to design programs that focus on those left out of health care reform generically, including those who are US citizens and permanent residents, that will also benefit the undocumented.

Catch that last line in the “Key Findings” section of this report? A report depending on data from Jonathan Gruber?

“It may be possible to design programs that….will also benefit the undocumented”?

That program has now been designed. No less than Secretary Burwell is now on video saying this is exactly the result the Obama White House was looking for. It is called an executive order giving amnesty to millions of those undocumenteds. An amnesty that would then enable millions of the undocumented to qualify for ObamaCare. With data on both health care and illegal immigrants supplied by…Jonathan Gruber.

Question: Was this Commonwealth Fund Report - with Gruber’s data on undocumented immigrants and health care - used in any fashion by Secretary Burwell? Or the Obama White House? Or anyone anywhere in the Obama administration? Not to mention the Democrats’ leadership in Congress?  As news accounts have vividly illustrated, Nancy Pelosi herself is on video tape talking up Mr. Gruber - despite her current denial. Gruber is on record in this PBS Frontline interview from 2012  admitting he discussed ObamaCare in the Oval Office with the President himself in 2009. He pointedly notes just how well connected he is inside not only the White House but the Harry Reid-run Democratic Senate.

So again? Did this Commonwealth Report on health care for illegals make its way to Secretary Burwell and the HHS bureaucracy? To Mr. Gruber’s friends anywhere in the Obama administration and on Capitol Hill?  Thus encouraging the push for amnesty so the undocumented could receive ObamaCare? A belief

Five years ago, Congressman Joe Wilson’s breach of protocol on the House floor was prompted by his accusation that President Obama was lying about his intentions in supplying ObamaCare to illegals.

With a stroke of a pen on an executive order giving amnesty for illegal immigrants, the President will, among other things, at last prove Joe Wilson correct. Mr. Obama did lie. And helping with all that data on both health care and immigration?