You've surely seen it by now, and often enough to induce nausea -- the hashtag #LoveWins that quickly trended after the Supreme Court decision on same-sex marriage.

Judging by the juvenile reactions to the ruling from gay marriage proponents, one doubts that genuine love would spew such venom in victory. 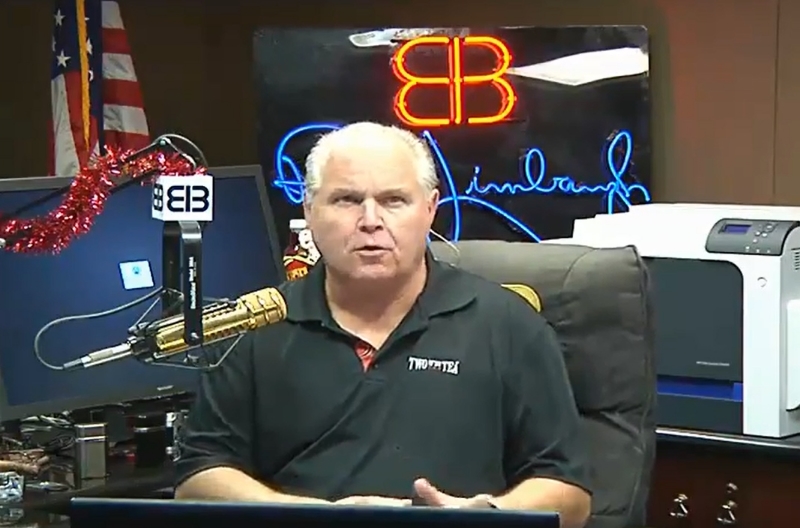 At the head of the braying pack is actor and gay activist George Takei, best known for playing Sulu in the '60s TV series Star Trek and retread movies that followed. In an interview with a Fox affiliate in Phoenix, Takei lashed out at Supreme Court justice Clarence Thomas, one of three dissenting votes in the decision and the court's sole African-American, as "a clown in blackface."

We heard earlier today, it doesn't matter who, it just ... it could be Chris Christie, this happened to be ... the chairman of the College Republicans associated, whatever, he said we must as Republicans, we must react to all of this that's happening with dignity and respect. We must be tolerant and dignified and respectful, we must not -- because if we don't act dignified and respectful, meaning, if we don't just tolerate all this and shut up and let it happen, then the millennials are going to hate us and never vote for us. It's amazing how this happens.

TAKEI: He is a clown in blackface sitting on the Supreme Court. He gets me that angry. He doesn't belong there. For him to say slaves had dignity, I mean, doesn't he known that slaves were in chain(s), that they were whipped  on the back? If he saw the movie Twelve Years as a Slave (sic), you know, they were raped ...

TAKEI: My parents lost everything that they worked for in the middle of their lives, in their 30s (Takei alluding to his family being sent to an internment camp during World War II), his business, my father's business, our home, our freedom, and we're supposed to call that dignified, marching out of our homes at gunpoint?

Can there be any doubt that the president who ordered this -- uber-Democrat Franklin Roosevelt -- would have been mentioned by Takei had he been Republican instead?

TAKEI: I mean, this man does not belong in the Supreme Court. He is an embarrassment. He is a disgrace to America.

LIMBAUGH: Something really set this guy off about what Justice Thomas said. I don't believe Justice Thomas said slavery was dignified. ... Regardless, George Takei is a nice guy, he can say that, that's not disrespectful or undignified at all, you see.

After a break, Limbaugh proceeded to demonstrate how it was actually Takei who embarrassed himself about Thomas, a descendant of slaves (audio) --

OK, folks, I went looking during the break here to find out what it was that George Takei so righteously, undignified, disrespectfully angry about, and I found it. Would you like to hear what Justice Thomas wrote in his dissent? Here it is -- "Slaves did not lose their dignity any more that they lost their humanity because the government allowed them to be enslaved. Those held in internment camps did not lose their dignity because the government confined them."

Now Takei either doesn't have the culture himself to understand that or is simply looking for an excuse to pop off. And if you listen to what Takei says, what do you mean, dignity?! Why, slaves got chained on their backs -- what's the dignity in that?! He didn't say that. He didn't say their treatment was dignified. He said the way they comported themselves in the midst of this inhumanity was dignified -- the ultimate compliment!

Now does George Takei really not have the depth of character to understand that? Or is he just looking for a cheap shot to get some outrageous comment publicized and noticed? Which do you think it is, Mr. Snerdley?