Bob Woodward: Wrong, Bush Did Not Lie Us Into Iraq

Woodward, who'll be known in perpetuity as the stable half of the reporting duo who brought down Richard Nixon for a scandal that now appears paltry compared to the vast money-laundering scheme dignified under lofty title of Clinton Global Initiative, admirably did his part to puncture a sacred liberal myth -- that Bush lied and people died. As Woodward sees it, only the latter half of that equation is correct.


No matter, liberals will keep muttering it, usually when they're awake, since clinging to their delusions is essential for maintaining what passes for sanity among them --

HOST CHRIS WALLACE: I want to turn to a different subject in the time we have left and that is the politics of Iraq which has gotten a lot of attention in the last couple of weeks with Jeb Bush, with Marco Rubio and with a bunch of other people and these questions of was it was a mistake to go in in 2003, was it a mistake to get out in 2011, and what impact this could have both in the Republican race and also the Democratic race. ...

WOODWARD: Iraq is a symbol and you certainly can make a persuasive argument it was a mistake but there's a kind of line going along that Bush and the other people lied about this. I spent 18 months looking at how Bush decided to invade Iraq and lots of mistakes, but it was Bush telling George Tenet, the CIA director, don't let anyone stretch the case on WMD and he (Bush) was the one who was skeptical. And if you tried to summarize why we went into Iraq, it was momentum. The war plan kept getting better and easier and finally at that end people were saying, hey look, it'll only take a week or two and early on it looked like it was going to take a year or 18 months and so Bush pulled the trigger.

A mistake, certainly, can be argued and there's an abundance of evidence but there was no lie in this that I could find.

WALLACE: And what about 2011 and Obama's decision to pull all the troops out? There had been a status of forces agreement between Bush and the Iraqi government that provided for a follow-on force. The Pentagon was talking about somewhere between 10- and 20,000 (troops) and a lot of people think, although Obama says, well we tried to negotiate and we didn't, a lot of people think he really didn't want to keep any troops there.

WOODWARD: Well, I think he didn't. Look, Obama does not like war, but as you look back on this the argument from the military was, let's keep 10-, 15,000 troops there as an insurance policy and we all know insurance policies make sense. We have 30,000 troops or more in South Korea still 65 years or so after the war. When you're superpower, you have to buy these insurance policies and he didn't in this case. I don't think you can say everything is because of that decision but clearly a factor. 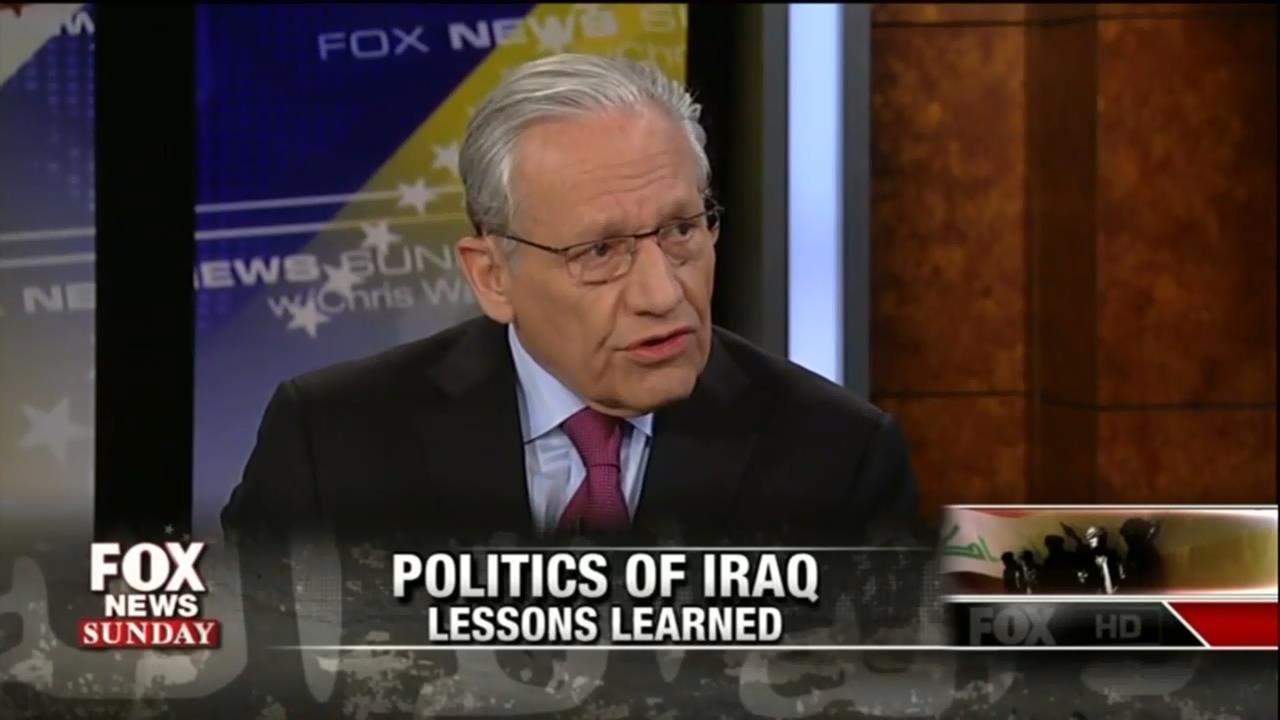 Obama will never admit it, but he knows he was wrong to abandon Iraq in 2011 for the sole purpose of potentially embarrassing Bush by saddling him with its loss. He's tacitly acknowledged this by delaying the US military withdrawal from Afghanistan, which Obama in 2008 deemed the good war to Bush's doomed misadventure in Iraq.

What should haunt Obama now as a result of his callow folly is the specter of Baghdad going the way of Saigon in the spring of 1975, as vividly depicted in Rory Kennedy's most recent documentary, Last Days in Vietnam. Should this come to pass and the death toll rises to the point where genocide and not mass killings is invoked to describe the scale of slaughter, fellow Democrats will agree with Obama that this too is Bush's fault. But which is preferable -- Iraq as it is ripped asunder after six years of Obama's quixotic foreign policy, or its stability and prospects when Bush left office in 2009?