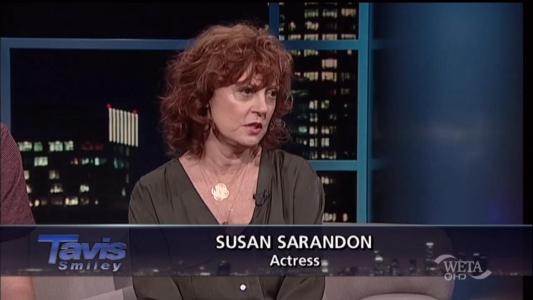 Actress and liberal activist Susan Sarandon is still blaming America’s homeless problem on Ronald Reagan. The actress, probably best known for her role in the 1988 baseball hit movie Bull Durham, was invited on the May 13 edition of PBS’s Tavis Smiley to plug her son’s 2014 documentary, Storied Streets, that is now available on AMC’s streaming service.

When Smiley asked Sarandon why the issue of homelessness was no longer on the “radar for discussion” she blamed former President Ronald Reagan, as seen in the following exchange:

SUSAN SARANDON: I think that the conversation changed around the Reagan era, where everything was your fault. And so you blamed, you were blamed for not trying hard enough, you know, from drinking, for drugs, whatever. Just like in the AIDS epidemic the focus went on your lifestyle as opposed to what was actually happening.

And then I think that as the economy got tougher for so many people it’s understandable. It’s the same thing that happens with immigrants. You know, you are trying to hold on to the house. People - there are so many people in this country that are one paycheck away of being on the street, and if they can’t couch surf long enough, they are homeless.

So when you have so many people working so hard. Two jobs per family, three jobs per family, they don’t want to think that that’s them. You know? And there is also compassion fatigue. So people see it and it doesn’t get solved. And they just don’t want to see it any more. And everyone is fighting so hard. And I think - so it’s been a number of things that have happened, that have made us not want to deal with this issue. But hopefully what Jack’s film does is it humanizes the issue and it puts a face on that.