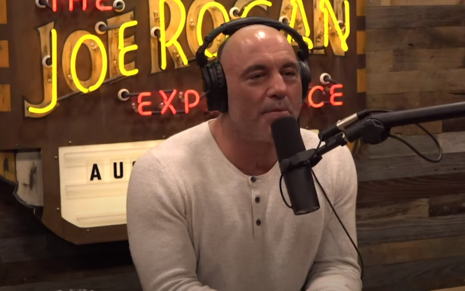 Intellectual Dark Web member and podcast host Joe Rogan, once again, appears to have angered the left with recent comments on the COVID-19 vaccine in his podcast, The Joe Rogan Experience.

Some on the left, however, seemed to not only be displeased with Rogan’s COVID-19 commentary, but also with the fact that Spotify has not taken action in response to the episode. Spotify holds an exclusive contract with Rogan.

During the podcast, Rogan said: “I think, for the most part, it’s safe to get vaccinated. I do. I do. But if you’re like 21-years-old, and you say to me, ‘Should I get vaccinated?’ I’ll go ‘no.’” He continued: “If you're a healthy person, and you're exercising all the time, and you're young, and you’re eating well, like, I don't think you need to worry about this.”

Of course, the left panicked over the fact that Rogan dared to question the vaccine in any capacity. The Verge published an article with the headline: “Spotify is okay with Joe Rogan telling 21-year-olds not to get vaccinated.”

Journalists on Twitter also expressed anger over Rogan’s comments as well. The Daily Beast Editor-at-Large Molly Jong-Fast tweeted: “The people who watch @joerogan’s show are the people we desperately need to vaccinate in order to speed up the end of the pandemic. Joe isn’t just endangering their lives he’s endangering the rest of us too.” CNN correspondent Donie O’Sullivan tweeted: “Spotify did PR *a few weeks ago* about ‘vaccine playlists’ to encourage people to get their shot. Today, Spotify's top star Joe Rogan told young people not to get vaccinated.”

Dr. Anthony Fauci, the Director of the National Institute of Allergy and Infectious Diseases, appeared on two morning talk shows to discuss what happened. “You have to put a little bit of societal responsibility in your choices, and that’s where I disagree with Mr. Rogan,” said Fauci in an interview with CNN posted to Twitter on April 28.

Fauci also appeared on the Today Show, posted on Twitter on April 28. “Well, that’s incorrect, Savannah,” he said when discussing Rogan’s comments. “And the reason why is that’s, you're talking about yourself in a vacuum then. You're worried about yourself getting infected and likelihood that you're not going to get any symptoms. But you can get infected, and will get infected, if you put yourself at risk.”

For now, Spotify has decided to leave Rogan’s episode on the platform. The Verge reported: “A source close to the situation says Spotify reviewed this Rogan episode and left it live because he doesn’t come off as outwardly anti-vaccine. He also doesn’t make a call to action, this source says, noting that the company has taken down other, explicitly anti-vaccine podcasts and music.”