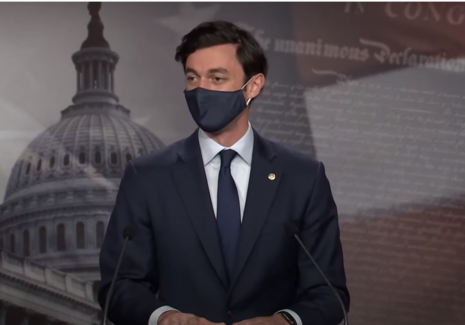 Conservatives have raised the alarm about Big Tech censorship for years. But now a far-left senator has admitted that Big Tech’s power may be a problem.

Newly elected Sen. Jon Ossoff (D-GA) spoke out against Facebook’s power in an April 27 hearing. He claimed that Facebook has “an obligation to remove certain content, for example, incitement to violence or hate speech.” But Ossoff continued that he is “not at all enthusiastic about huge, multinational tech companies becoming the arbiters of legitimate speech and expression, especially when the decisions about what you may boost or suppress algorithmically are often made in secret and under heavy pressure from politicians and advertisers and public opinion.”

Ossoff also criticized Facebook for its gatekeeper power during the hearing, titled “Algorithms and Amplification: How Social Media Platforms’ Design Choices Shape Our Discourse and Our Minds.” “The root issue is that Facebook has too much power, and one company, perhaps, should not be such a massive gatekeeper that determines what ideas prosper and what ideas don’t,” Ossoff continued.

Ossoff was not the first person on the left to speak out against Big Tech’s power. Even Kate Ruane, the Senior Legislative Counsel of the far-left American Civil Liberties Union (ACLU), reportedly expressed concern over Facebook and Twitter’s removal of individuals like former President Donald Trump. “[I]t should concern everyone when companies like Facebook and Twitter wield the unchecked power to remove people from platforms that have become indispensable for the speech of billions -- especially when political realities make those decisions easier.” Perhaps more people on the left have begun to recognize the dangers of Big Tech.

While it is possible that Ossoff made his comments at the hearing to appeal to moderates and conservatives in his state, his words clearly articulated the danger Big Tech’s unmatched power poses to Americans. His concerns about Facebook’s power in particular are well-founded. Facebook received an overall “D” grade in NewsBusters’ first Big Tech Report Card due to its overt leftist bias and the lack of free speech on the platform.