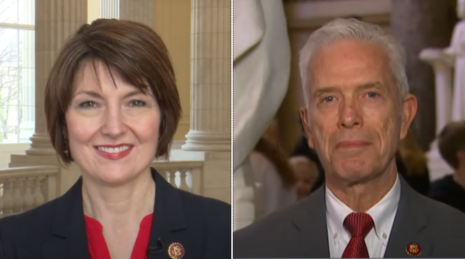 The war against free speech has spilled over from Big Tech and has now begun to rage in traditional media forums. The left has now sought to target conservative media in a congressional hearing today, but House Republicans were not having it.

The House Subcommittee on Communications and Technology held a hearing on Feb. 24 entitled “Fanning the Flames: Disinformation and Extremism in the Media,” which purported to examine the effects that cable and broadcast news stations have in “disseminating disinformation and extremist content to the American public,” according to the memorandum.

The left has long raged against what it deems to be misinformation on social media. YouTube completely removed LifeSiteNews’s channel, and even censored Senate testimony from doctors about COVID-19. Twitter slapped a warning label on a Valentine’s Day meme from Indiana’s attorney general. YouTube, Twitter, Facebook, Snapchat, Reddit, TikTok and even Shopify all banned former President Donald Trump following the Jan. 6 riot at the U.S. Capitol building.

Now, however, they have begun to shift from social media to other media mediums.

“To be clear, combatting disinformation is a shared goal, but we do not want to follow the lead of authoritarian countries, like China, not here in the United States where we cherish an independent press,” said Congresswoman Cathy McMorris Rodgers (R-WA).

Jonathan Turley, a witness in the hearing, testified that “The reliance on the Internet and social media has also been enhanced by the decline of trust in the mainstream media. For years, media companies have catered to viewpoint constituencies in what is often called ‘echo journalism.’”

Unfortunately, the attack on conservative media outlets started before the hearing even began. The day before the hearing, Reps. Anna Eshoo (D-CA) and Jerry McNerney (D-CA) wrote letters to numerous cable, dish and Big Tech companies. The two representatives demanded answers to questions such as “Have you ever taken any actions against a channel for using your platform to disseminate any disinformation?” and “Are you planning to continue carrying Fox News, Newsmax, and OANN?” Unsurprisingly, the letters made no mention of any liberal news organization.

House Republicans slammed the letters during the hearing. “I am disappointed and seriously blown away by my House Democrat colleagues’s letter to the broadcasters pressuring them to remove conservative news channels from their networks,” said Congressman Bill Johnson (R-OH).

Conservatives are under attack. Contact your representatives and demand that Big Tech and media providers be held to account to mirror the First Amendment while providing transparency, clarity on “hate speech” and equal footing for conservatives. If you have been censored, contact us at the Media Research Center contact form, and help us hold Big Tech accountable.