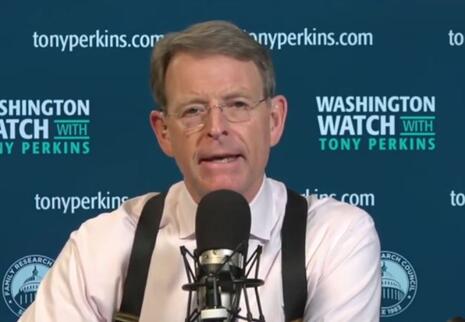 Holland told Perkins that CHD filed a lawsuit against the city for its Minor Consent for Vaccinations Amendment Act of 2020. The law, Perkins summarized, allows 11-year-old children and older to receive federally recommended vaccines "without parental knowledge or consent if the health care provider believes the [minor] is capable of meeting the informed consent standard."

YouTube removed the interview from its platform three days after it was posted claiming that the video violated the platform's "Community Guidelines." Perkins later maintained that “there was no discussion whatsoever of medical advice — the substance of the interview was focused on parental rights, consent, and notification.” FRC attempted to appeal YouTube’s decision but was rejected at the time, according to the organization’s press release. The video, however, was eventually reinstated.

YouTube mirrors other platforms with its vage and inconsistent guidelines on content, particularly on vaccines. Project Veritas purportedly uncovered that Facebook flags posts and comments with what the company considers “vaccine hesitancy.” And last month both Facebook and Twitter censored stories of patients with alleged severe paralytic reactions to the COVID-19 vaccine.