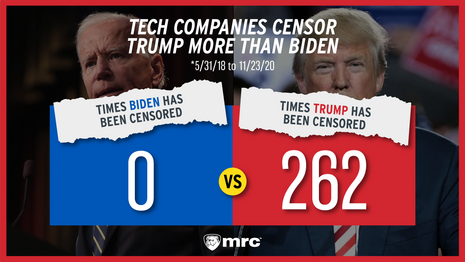 “You have used this power to run amok. You have used it to silence conservatives,” said Senator Marsha Blackburn (R-TN) to Twitter CEO Jack Dorsey in a Nov. 17 Senate Judiciary Committee hearing. Senator Ted Cruz (R-TX) also said to Dorsey, “You put up a page that says, ‘Voter fraud of any kind is exceedingly rare in the United States.’ That’s not linking to a broader conversation. That’s taking a disputed policy position.”

Twitter announced in an Oct. 9 blog, “Tweets with labels are already de-amplified through our own recommendation systems and these new prompts will give individuals more context on labeled Tweets so they can make more informed decisions on whether or not they want to amplify them to their followers.” The company also stated that users who choose to retweet labeled tweets would receive a prompt “pointing them to credible information.”

One Nov. 22 tweet from Trump stated, “In certain swing states, there were more votes than people who voted, and in big numbers. Does that not really matter? Stopping Poll Watchers, voting for unsuspecting people, fake ballots and so much more. Such egregious conduct. We will win!” Trump’s tweet was labeled: “This claim about election fraud is disputed.”

The censorship doesn’t stop with the president, however. Twitter proudly announced in a Nov. 12 update: “Approximately 300,000 Tweets have been labeled under our Civic Integrity Policy for content that was disputed and potentially misleading. These represent 0.2% of all US election-related Tweets sent during this time period.”