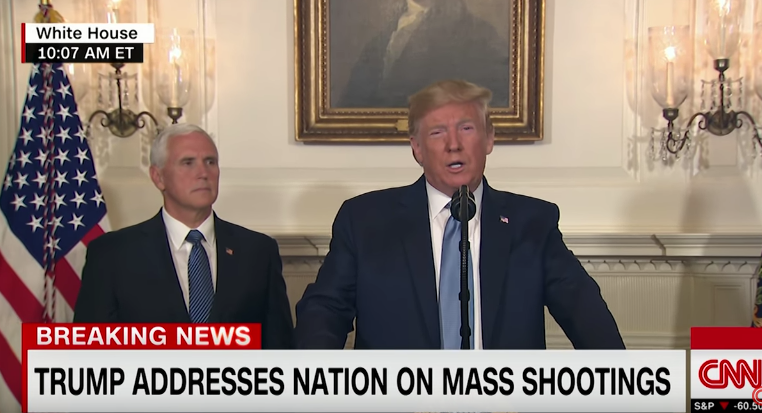 After the terrorist attack in El Paso, Texas, the liberal media are pointing the blame at President Donald Trump. And they want tech companies to do something about him.

The New York Times published an article detailing the number of times Trump’s ads on Facebook used the word “invasion” to refer to illegal immigration. This is important because the El Paso shooter’s alleged manifesto also used the word “invasion.” Political reporter Thomas Kaplan wrote that Trump “harnessed Facebook advertising to push the idea of an ‘invasion’ at the southern border.”

Kaplan claimed that because the terrorist said that Texas was subject to an “Hispanic invasion,” Trump’s rhetoric in Facebook ads should be “under scrutiny.”

During the 2018 midterm election, Trump’s ad about immigration was removed from Facebook for violating Facebook rules on “hate speech.” The Times made sure to point out that in these ads, Trump has “elevated the idea of an ‘invasion,’ once a fringe view often espoused by white nationalists.” Once again for the Times, Trump is expressing “white nationalist” ideas.

While The Times graciously admitted that “There is no evidence that Mr. Trump’s Facebook ads directly influenced the author of the manifesto,” it still pushes the blame for the beliefs held by the shooter on President Trump. The article reminds its readers that Trump’s campaign has been all about “stoking fear about immigrants” since 2016. In fact, all recent Republicans are guilty, because since the early 1990’s the GOP has been referring to illegal immigration as an “invasion.”

The president of the Soros-funded group, Color of Change, which worked closely with Facebook to create the controversial Facebook audit, bemoaned Trump’s continued presence on Facebook. Rashad Robinson said, “And yet, Facebook has allowed Trump to run 2.2k ads referencing the word ‘invasion.’ And yet, the media regularly gives him, and other white nationalists, a platform. This. Cannot. Continue.”