Social media platforms must work with both sides of the political spectrums if they wish to maintain neutrality. That was the message to top social media companies from a top Republican.

On Friday’s America’s Newsroom, Ronna McDaniel, chairwoman of the Republican National Committee, told anchor Bill Hemmer that the RNC sent a letter to Facebook and Twitter, asking them to respond by June 18. She stated, “We just preemptively wanted to go to Facebook and say that we want assurances that you are not going to suppress conservative voices.” 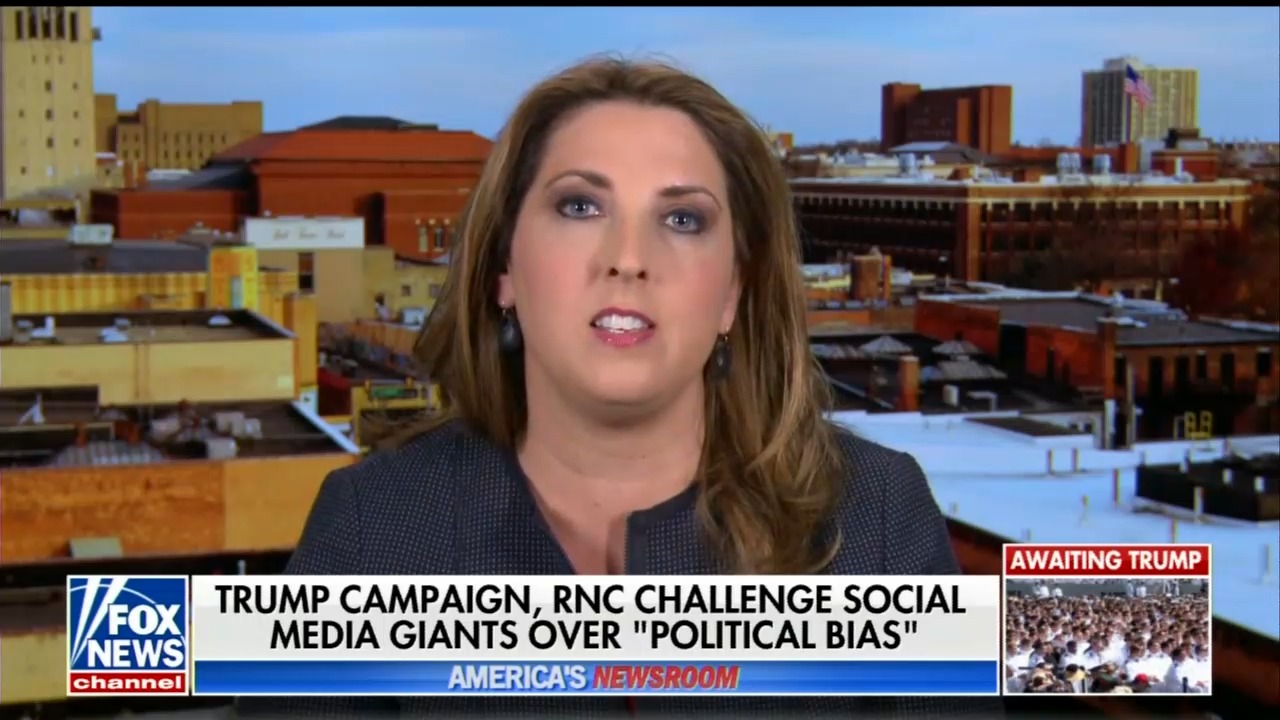 She also stated that the RNC was concerned that the “Silicon Valley thought police” were going to “determine what voices filter through on their conservative platform.” In the letter, both McDaniel and Trump’s 2020 Campaign Manager Brad Parscale expressed their disapproval of the way social media companies have handled censorship in the past. They wrote, “Rampant political bias is inappropriate for a widely used public forum.”

The letter asked Twitter and Facebook, “How will you safeguard voters’ access to fair content on your platform? How will you guarantee that conservative voices are no longer censored, and conservative news no longer buried or otherwise hidden?”

On America’s Newsroom, McDaniel told the story of how a state senator in Michigan had his campaign announcement censored by Facebook “because he had veterans in his launch.” She told Hemmer, “We’re asking people to go to gop.com and share their instances so we can take them to Facebook.”

“Mark Zuckerberg himself said in front of Congress we are concerned about fair treatment of conservative voices. We know that it’s a liberal place in Silicon Valley. We know that we don’t usually have the same mindset, and we want to make sure we’re fair and neutral. So, preemptively before the midterms, we are reaching out to them saying, give us transparency. Talk to us about your process. Let’s make sure that it is a neutral place where ideas can be shared without again, that Silicon Valley thought police.”

The Media Research Center and several other conservative groups have formed Conservatives Against Online Censorship. This coalition called for social media firms to address four key “areas of concern” including transparency.  The MRC  has also sent letters to these companies asking them to address these complaints.