“They basically outsourced the tyranny.” 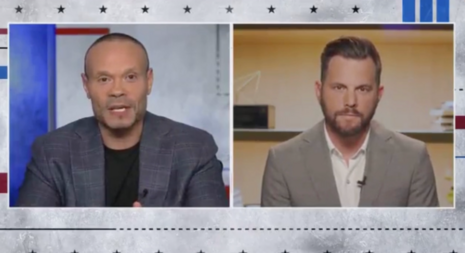 Locals.com co-founder Dave Rubin made that statement Saturday night on the Fox News Channel about recent government actions to coordinate with Big Tech on censorship.

Recent revelations obtained through a lawsuit against the Biden administration and published by Missouri Attorney General Eric Schmitt (R) showed apparent collusion between Big Tech and the government to censor COVID-19-related content during the earlier days of the pandemic.

Speaking to conservative talk radio host Dan Bongino on his FNC show Unfiltered, Rubin slammed the collusion: “Whether it’s Truth Social or Rumble … or Locals, or any other site that’s out there if they see someone getting traction, if they see people looking elsewhere, they’re going to come for you.”

Bongino started off the segment by asking, “Hey, what good would Big Government be without Big Business doing the dirty work for them?”

He explained that Google recently barred the Truth Social app from its Play Store, where users can only pre-register for the app instead of downloading it. Google has claimed that Truth Social does not moderate content aggressively enough.

“Oddly, this happened just weeks after a nearly 550-percent spike in downloads after the FBI’s Trump raid,” he said. “It’s like they don’t want you to hear about something.”

Rubin minced no words in his response. “This is a mafia tactic,” he said. “These people don’t want competition, they don’t want anyone else getting views, getting eyeballs, getting clicks.”

The host of The Dave Rubin Show explained that Big Tech doesn’t care much if a person rarely posts on social media.

“If you want any ability to say anything close to something that is true, you better figure out how your avenues are not just Twitter, Instagram and Facebook, because they will take you out,” he added.

Rubin pointed out this is happening as the midterm elections approach, meaning Big Tech is likely trying to silence objectionable political voices.

Bongino noted that the Democrats who previously were considered the rebels and free thinkers are now the “Ministry of Truth.” He also noted that the Biden administration’s Orwellian Disinformation Governance Board never really went away, it just went underground, as MRC Free Speech America has reported.

Rubin pointed out that former White House Press Secretary Jen Psaki admitted a year ago the White House was flagging posts for Facebook that it deemed misinformation, even though the content often wasn’t misinformation, but simply contradicted government narratives about COVID-19.

“That is as close of a violation to the First Amendment as possible,” Rubin noted. “It wasn’t the government coming in and silencing people, but it was the government pressuring a private company … to do their dirty work. So they basically outsourced the tyranny.”