Twitter subpoenaed the co-founder of Oracle in a lawsuit as part of Twitter’s ongoing effort to force Tesla CEO Elon Musk to complete his paused purchase of the social media platform. 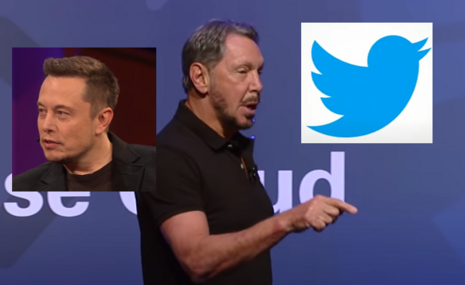 Musk tried to pull out of the deal to buy Twitter in July, asserting that Twitter was not giving him sufficient and honest data on the number of “spam” or bot accounts plaguing the platform. Twitter sued Musk to force him to go through with the deal and Musk counter-sued, setting off an ongoing legal saga.

The leftist leadership at Twitter claimed that Musk’s accusations were “a story, imagined in an effort to escape a merger agreement that Musk no longer found attractive,” Fox Business reported. Musk openly challenged Twitter CEO Parag Agrawal to a public debate about the number of “spam” accounts on Twitter.

“I hereby challenge @paraga to a public debate about the Twitter bot percentage,” Musk tweeted on Aug. 6. “Let him prove to the public that Twitter has <5% fake or spam daily users!” Musk then tweeted a poll asking users if “Less than 5% of Twitter daily users are fake/spam.” The poll’s options were “Yes” or “Lmaooo no,” with 64.9 percent voting the latter.

“If Twitter simply provides their method of sampling 100 accounts and how they’re confirmed to be real, the deal should proceed on original terms. However, if it turns out that their SEC filings are materially false, then it should not,” Musk tweeted that same day.