China Will Have ‘All of Your Data’: Joe Rogan SLAMS CCP-Tied TikTok

“It ends with China having all of your data,” popular podcaster Joe Rogan said of Americans’ use of TikTok on his show Tuesday. 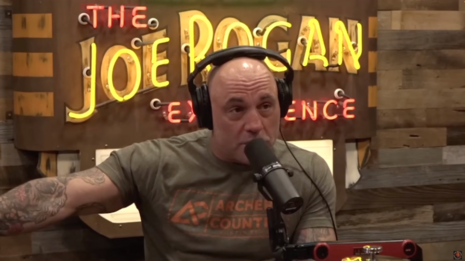 Rogan read aloud part of the list of data types collected by TikTok.

“‘User agent, mobile carrier, time zone settings, identifiers for advertising purpose, model of your device, the device system, network type, device IDs, your screen resolution and operating system, app and file names and types,’” Rogan read. “So all your apps and all your file names, all the things that you have filed away on your phone, they have access to that.” Rogan explained. “File names and types, keystroke patterns or rhythms.”

As Rogan noted, that means TikTok can monitor everything a user writes on his phone.

Rogan also read that TikTok collects audio settings and battery data, and is “‘able to use your profile information to identify your activity across devices.’” Comedian and podcaster Theo Von, who was Rogan’s guest, called the policy “insane” and asked Rogan if he thought TikTok was created specifically to collect that data. Rogan responded, “a hundred percent.”

He said he thinks the CCP noticed how addicted people are to social media, and created TikTok to exploit that.

Rogan then concluded, “It ends with China having all of your data.”

He also discussed China’s recent bank runs and its national digital currency, part of the CCP social credit score, according to Fox News. As Rogan explained, the CCP can decide to prevent a person from making a purchase if the CCP does not approve of that person’s actions at the time of purchase.

Conservatives are under attack. Contact TikTok via email at communitymanager@tiktok.com and demand Big Tech be held to account to mirror the First Amendment. If you have been censored, contact us at the Media Research Center contact form, and help us hold Big Tech accountable.