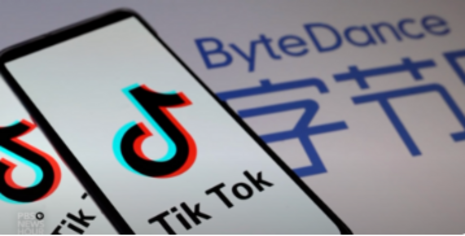 According to a new survey from The Trafalgar Group, 58.6 percent of Americans want TikTok to be removed from app stores. The survey results follow recent news that Chinese employees of TikTok’s parent company – the Chinese Communist Party (CCP)-tied ByteDance – can access the data of U.S. users. 17.8 percent of survey respondents said they opposed removing TikTok and 23.6 percent were unsure.

The responses differed on the basis of participants’ political party, with 76.8 percent of Republicans saying they wanted TikTok removed while only 39.2 percent of Democrats said the same.

There were slightly more Democrats than Republicans who participated in the Trafalgar Group survey and participants were about 53 percent female and 47 percent male.

The survey was conducted July 7-10, 2022. Trafalgar expressed 95 percent confidence in the survey with a 2.9 percent margin of error.

TikTok has repeatedly assured its critics that U.S. user data was safe from Chinese access. But BuzzFeed News recently reported that TikTok’s parent company accessed non-public U.S. user data through the app and cited multiple tapes of internal meetings at TikTok. “Everything is seen in China,” one member of TikTok’s Trust and Safety Department said during a September 2021 meeting, according to BuzzFeed.

The CCP has a board seat and a stake in ByteDance. ByteDance has previously shown a commitment to trumpeting CCP propaganda. Former ByteDance CEO Zhang Yiming said that he wanted to use his platform to “promote ‘socialist core values’” and the CCP, according to The National Pulse.

Conservatives are under attack. Contact TikTok via email at communitymanager@tiktok.com and demand Big Tech be held to account to mirror the First Amendment and provide transparency. If you have been censored, contact us at the Media Research Center contact form, and help us hold Big Tech accountable.