“Free speech itself was under attack.” 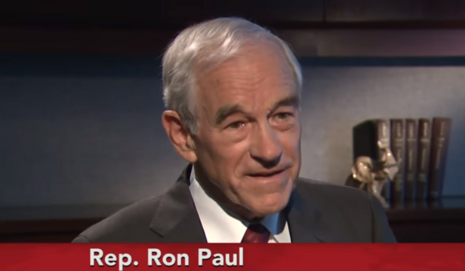 Twitter permanently banned Berenson, a former New York Times journalist, over a year ago for questioning the efficacy of the COVID-19 vaccines. “Berenson took government and mainstream media rhetoric about the pandemic the way journalists used to take it: with a heavy dose of skepticism,” Paul wrote. Twitter evidently disagreed with that view of journalistic credo, however.

Twitter banned Berenson after he tweeted, “It doesn’t stop infection. Or transmission. Don’t think of it as a vaccine. Think of it—at best—as a therapeutic with a limited window of efficacy and terrible side effect profile that must be dosed IN ADVANCE OF ILLNESS. And we want to mandate it? Insanity.” Ironically, even pro-COVID-19 vaccine government officials like National Institute of Allergy and Infectious Diseases Director Dr. Anthony Fauci have since admitted that the COVID-19 vaccines do not, in fact, prevent transmission of COVID-19.

The CDC director Rochelle Walensky confirmed the truth of Berenson’s tweet not long after Twitter banned him, Paul wrote.

Berenson tweeted a statement upon his reinstatement which read: “The settlement does not end my investigation into the pressures that the government may have placed on Twitter to suspend my account. I will have more to say on that issue in the near future.” Tesla CEO Elon Musk, who is now battling Twitter over his pending purchase of the platform, questioned Berenson on his meaning, but the journalist said he could not explain further.

Paul noted in his article that Berenson’s original cancellation was more than an attack on one person; it was a warning to anyone questioning the left’s narrative on COVID-19. Paul characterized it as an attack on free speech itself.

“Questions about the vaccine were silenced just as were questions about the origins of the virus,” Paul said. “At a critical time—just as authoritarians were locking the country down and threatening anyone who refused the shot—all public discussion about the matters was shut down by ‘private’ companies that just happened to have very close ties with the US government.”

He cited evidence the U.S. government was connected to coronavirus research at China’s Wuhan lab where many experts, including the Biden administration, believe COVID-19 originated.

The Biden administration has pressured tech companies more than once to step up censorship.

Surgeon General Dr. Vivek Murthy in July 2021 declared he was “urging all Americans to help slow the spread of health misinformation during the COVID-19 pandemic and beyond.”