As controversy continues to build around tech billionaire Musk’s attempted Twitter takeover, former Twitter CEO Jack Dorsey joined in criticism of the platform. A Twitter user tweeted on Sunday, “If [you] look into the history of Twitter board, it’s intriguing as I was a witness on its early beginnings, mired in plots and coups, and particularly amongst Twitter’s founding members.”

The user added, “I wish it could be made into a Hollywood thriller one day.” Dorsey responded to the tweet, “it’s consistently been the dysfunction of the company.”

Another user asked on the tweet thread, “Are you allowed to say this?” Dorsey replied bluntly, “no.”

As a part of the original thread, Dorsey responded to a tweet April 16 quoting venture capitalist Fred Destin as saying, “Good boards don't create good companies, but a bad board will kill a company every time.” Dorsey replied, “big facts.”

Pro-free speech tech billionaire Elon Musk recently became Twitter’s biggest shareholder, owning a 9.2 percent stake in the social media company (the Vanguard company has since reportedly surpassed him). Musk then announced in an April 14 tweet that he had made a $43 billion offer to buy Twitter, an offer that Twitter has not accepted. Former Twitter CEO Jack Dorsey is among those who criticized the board of his own company during Musk’s effort to take over Twitter. 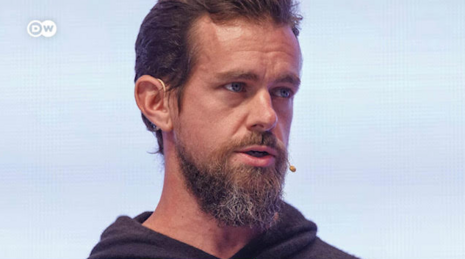 Dorsey remains on Twitter’s board but only until the end of his current term, which is the May 2022 shareholders meeting, according to Fox News. The Twitter board said last week that it would be setting up a “poison pill” plan to prevent Musk’s purchase of the company.

Musk said that he has a backup plan to take over Twitter. Fox also noted that Musk and Dorsey have had a “friendly relationship” in the past, including an invitation from Dorsey to Musk to “discuss product ideas, according to Bloomberg.”

Musk has slammed Twitter’s pro-censorship stance multiple times, including in a March 26 tweet, saying, “Given that Twitter serves as the de facto public town square, failing to adhere to free speech principles fundamentally undermines democracy.” Musk also tweeted a poll on March 25 asking if Twitter adhered to free speech policies. In the same tweet, he wrote that “Free speech is essential to a functioning democracy.”