Democrats recently released plans to fight “Online Misinformation” that featured a blueprint for online censorship. Congressional Democrats, however, have sponsored or co-sponsored at least 18 Big Tech bills with Republicans. That combination raises huge questions about their actual goals and could undermine bipartisan support. 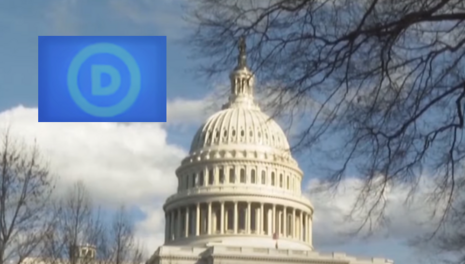 The plan urged companies to  “[p]romote authoritative news over highly engaging news in content algorithms,” to “[e]nforce a comprehensive political misinformation policy” and to “[e]nforce rules on hate speech consistently and comprehensively.”

Internet Accountability Project founder and president Mike Davis exclusively told MRC Free Speech America that the “solution to misinformation is more free speech.” Davis explained, “While leftists want to censor and de-platform those deemed problematic to their interests … A competition of ideas will lead to a more informed American public. Silencing one side’s political opposition leads down a dangerous road. In China, the communist government has complete control over news and information—this is the logical conclusion of the effort by so-called ‘progressives’ to censor those with whom they disagree.”

Davis added, “Thankfully, both sides can agree that Big Tech is too big and too unaccountable, and they must be broken up and reined in for the good of the American consumer, economy and national security.” Davis said serious disagreements on censorship shouldn’t harm progress on bipartisan issues “such as antitrust modernization and enforcement.” Davis ended, “Ultimately, a more competitive Big Tech industry will produce more options for those who value free speech.”

Through these recommendations, the DNC has starkly defined itself as pro-censorship. Meanwhile, House and Senate Democrats sponsored or cosponsored at least 18 social media or tech app-related bills introduced in 2021 or 2022, according to MRC Free Speech America research.

Conservatives are under attack. Contact your representatives and demand they hold Big Tech to account to provide transparency, provide clarity on hate speech and an equal footing for conservatives. If you have been censored, contact us using CensorTrack’s contact form, and help us hold Big Tech accountable.