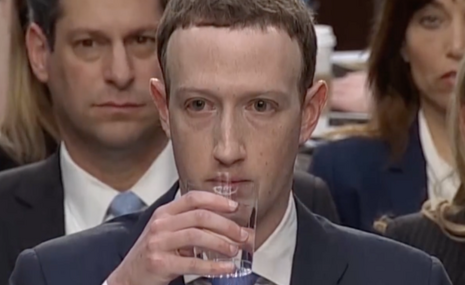 UPDATE: This piece has been updated to include a quote from Sen. Marsha Blackburn (R-TN).

Notable conservatives tore into Facebook after a report from WIRED emerged that alleged the platform has allowed child exploitation groups to flourish.

“While Facebook is busy cracking down on conservative opinions they disagree with, child exploitation persists on its platforms,” Rep. Greg Steube (R-FL) said in exclusive comments to MRC Free Speech America.

WIRED recently published an article claiming extensive evidence of the problem of “child predation” and grooming on Facebook. This included private groups and users specifically soliciting children of young ages with messages such as “Looking for a perverted girlfriend of 11” with emoticons and other counterintuitive decoration. The piece about online “child predation” also insisted that Facebook isn’t taking proper action to combat sexual targeting of minors; in fact, Facebook reportedly reviewed at least one group and determined it did not violate its rules.

“If this reporting is true, Facebook must immediately answer for why they’ve allowed for the targeting of young children on its platforms,” Steube said.

Lora Ries, director of the Center for Technology Policy and a senior research fellow for homeland security at The Heritage Foundation, told MRC Free Speech America, “Apparently, Facebook needs a reminder that the original intent behind section 230 liability protection was to protect children from pornography and violence.” Congress is currently deliberating on multiple pieces of legislation meant to rein in Big Tech.

“Facebook now asserts that child sexual solicitation on its platform – for children who are too young to use Facebook – do not violate any specific community standards,” Ries said.

“Facebook staff needs to re-read their Policy Rationale, which states ‘We do not allow content that sexually exploits or endangers children.’ In fact, Facebook states ‘When we become aware of apparent child exploitation, we report it to the National Center for Missing and Exploited Children, in compliance with applicable law,’” Ries said. “Meanwhile, Facebook swiftly removes content that it deems ‘misinformation,’ such as COVID responses or Hunter Biden’s laptop that were indeed accurate.”

Americans are “awakening” about the need to protect children “from being sexualized,” Dr. Jennifer Bauwens, Family Research Council’s director of the Center for Family Studies told MRC Free Speech America.

Meanwhile, a Virginia professor recently appeared to advocate for the normalization of pedophilia.

“We’ve heard about a resurgence of university professors endorsing pedophilia,” Bauwens said. “The [WIRED] study also tells us that Facebook appears to be manifestly incompetent in policing their own platform against child abuse, which once again confirms the need for parents to be more engaged with their kids’ social media habits.”

U.S. Sen. Marsha Blackburn (R-TN) also weighed in on Facebook's child exploitation problem. "This is unfortunately not surprising for Meta, which is more likely to take down posts they disagree with politically than posts trafficking children in plain sight," Blackburn told MRC Free Speech America. "During our hearings on the Senate Commerce Consumer Protection Subcommittee, we learned than Meta had identified 800,000 accounts of kids under 13 on their platform. Not only do they turn a blind eye to harms kids face on their platform, but they seek to profit from it."

Meta (Facebook) has consistently targeted free speech while ignoring the alleged harms that its platforms, including Meta-owned Instagram, cause for American teens and children. As Heritage’s Ries said, “Turning a blind eye to child predators on its platform harms children and demands accountability.”

Conservatives are under attack. Contact Facebook headquarters at 650-308-7300 or 650-543-4800 and demand that Big Tech be held to account and provide transparency and equal footing for conservatives. If you have been censored, contact us using CensorTrack’s contact form, and help us hold Big Tech accountable.