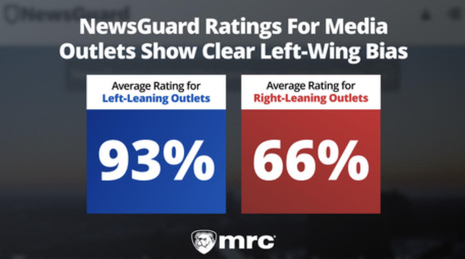 AllSides, which rates the institutional bias of news organizations, previously said, “[W]e doubt any media outlet should have a 100% credibility rating. It seems NewsGuard favors large, legacy media outlets that we rate as Lean Left. These outlets are often seen as making up the ‘establishment press,’ and are the outlets that journalists themselves consider to be the most trusted, most established, most transparent, etc., due in large part to their own biases.”