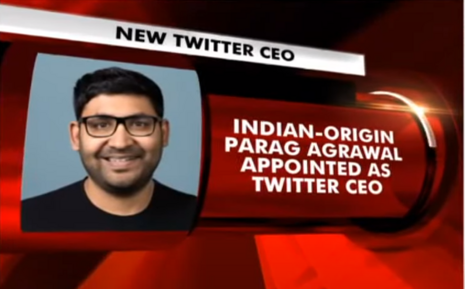 Thirteen House Republican Big Tech, Censorship, and Data Task Force members, including Reps. Madison Cawthorn (R-NC), Cathy McMorris Rodgers (R-WA), and Russ Fulcher (R-ID), signed the Dec. 16 letter to Agrawal. “We are hopeful that your ascent to the position of CEO will turn a new page at Twitter, which has been marred by acts of censorship,” the letter opened.

The congressmen cited examples of biased censorship, such as Iranian dictator Ayatollah Khamenei being allowed on Twitter while former President Donald Trump is still banned. The lawmakers suggested that past comments of Agrawal’s and repeated abuse of Twitter’s Section 230 immunities have raised concerns. The Congress members then called on Agrawal to clarify his censorship stance and make Twitter a fairer, more politically neutral platform.

Agrawal said last year that “Twitter should, ‘focus less on thinking about free speech,’” the letter noted. “The free exchange of ideas is one of the most foundational aspects of our Constitutional Republic.” The letter stated that “social media and other internet companies” are “gatekeepers of the digital public square,” meaning that such tech companies must respect the liberties of Americans. “Platforms like Twitter should allow Americans to engage with a diversity of ideas no matter whether or not those viewpoints are shared by Silicon Valley corporate elites.” The letter specifically cited Twitter’s interference in the 2020 election, which the Media Research Center exposed.

The letter ended with a series of questions or challenges for Agrawal to answer, including asking Agrawal how he would uphold the First Amendment.

But Agrawal has already targeted Twitter accounts exposing the corruption of leftist elites. Twitter has also instituted a new restrictive policy vaguely banning posts of “personal media” without a person’s express consent, leading many to question how Twitter, which has exhibited demonstrable bias, will implement the policy. Agrawal said last November, “[Twitter’s] role is not to be bound by the First Amendment.” Agrawal also has a history of tweeting left-wing commentary, and pro-free speech media personalities and commentators have warned that he is likely to make censorship on Twitter worse.

Conservatives are under attack. Contact your senators and demand that they mirror the First Amendment: Tech giants should afford their users nothing less than the free speech embodied in the First Amendment as interpreted by the U.S. Supreme Court. If you have been censored, contact us using CensorTrack’s contact form, and help us hold Big Tech accountable