Andrew Torba, CEO of the Gab social media platform, slammed Silicon Valley for its “erosion of free speech and Christian values” while explaining his motivations for founding Gab.

Torba spoke in a blog post of his negative experience as a Christian entrepreneur in Silicon Valley. He described the “nihilistic hellhole of a post-truth, post-morality, and post-Christian world” living in San Francisco, California. Torba called the people surrounding him then “the most narcissistic, empty, and sociopathic people in Silicon Valley.” The Gab CEO wrote that, after being in Silicon Valley, he was inspired to safeguard “the uniquely Christian value of freedom of speech.” 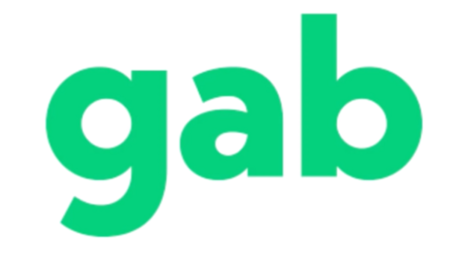 Torba compared modern America to Rome after its fall into “‘moral chaos.’” The Gab CEO said that he was alarmed “after witnessing the erosion of free speech and Christian values by this group of wicked people in Silicon Valley.” The anti-free speech Silicon Valley left little room for discussion among Christians, Torba indicated. These people labeled such discussions “hate speech.” He stated further, “I couldn’t stand by and watch that happen.”

Torba wrote that it seemed necessary to have replacements for platforms that tend to censor Christians. He endorsed “The Benedict Option,” and recently wrote about a “Parallel Society,” where Christians can build a new way of life separate from a chaotic, secular world. Gab was his effort to create a parallel Christian society to allow free speech, but he is not the only entrepreneur to identify the problem and make such an effort.

Others have forayed into the social media landscape as well. “It’s always critical to have a platform where we know the people are not going to be censored, where they are not going to be de-platformed purely for speaking their political beliefs,” said GETTR CEO Jason Miller. Dave Rubin, Locals.com founder, stated that he was inspired to start Locals after seeing creators and activists deplatformed. “You’re not gonna be deplatformed off of your own community,” Rubin claimed of his own site. Parler CEO George Farmer has warned, “[T]he whole technological infrastructure is based in woke corporate America, and that makes it very difficult if you’re a free-speech oriented platform,” according to Fox Business. One America News Network (OANN) launched social media platform FreeTalk 45 on July 4, 2021. “No shadow banning or censorship—just freedom of expression, pure and simple,” FreeTalk 45 described itself.

The MRC is now on Gab. Follow us here!

Conservatives are under attack. Tech giants should afford their users nothing less than the free speech and free exercise of religion embodied in the First Amendment as interpreted by the U.S. Supreme Court. If you have been censored, contact us using CensorTrack’s contact form, and help us hold Big Tech accountable.