Both Apple Inc. and Alphabet Inc.’s Google reportedly removed Alexey Navalny’s voting app from their Russian stores before the Russian general election, and YouTube reportedly censored a Navalny video per government request. Navalny is an imprisoned opposition leader highly critical of Russia’s President Vladimir Putin. Navalny uses YouTube as he is reportedly banned from state media. He has almost 6.5 million YouTube subscribers. Google employees were threatened by the Russian government with imprisonment if the company did not remove the voting app, according to Bloomberg. 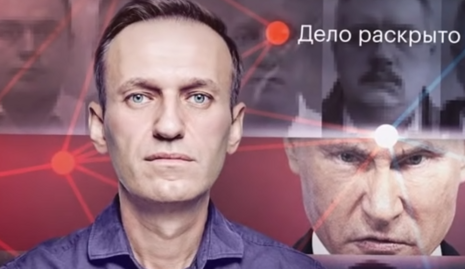 Wojcicki, CEO of YouTube, is now asserting that complying with censorship demands from the Russian government is not contradictory to the platform retaining free speech as a “core value.”

“One of the things that we’re, is important to us at YouTube is the fact that we do enable so many voices and that we do enable people to express themselves and really celebrate the freedom of speech,” Wojcicki claimed in a Bloomberg interview. “And we certainly— That’s a core value of ours.” She then stumbled through a vague explanation of the “multiple considerations” YouTube has to consider when working with governments, such as “local laws” and “what’s happening on the ground.”

Asked if Navalny’s video were removed from YouTube at Russian government request, Wojcicki did not answer directly. She affirmed governments make requests to YouTube and that the platform considers various factors before making a decision. Wojcicki then said that YouTube wants to work with the Russian government to avoid leaving Russia the way the platform left China. “I feel like there’s a lot of scrutiny,” Wojcicki complained of recent lawmaker investigations into Big Tech. “We meet with lawmakers very regularly across the globe,” she added. “What I do worry about are unintended consequences. So, there may be regulation that is well-intended but actually then has a really negative impact on our ability to innovate.”

Google only discloses government removal requests “in the aggregate,” according to Bloomberg. The outlet said that Russian requests reportedly make up more than half of the total since 2011. Google does not, however, disclose the frequency with which governments make requests for YouTube content removal, nor “how the company responds,” Bloomberg wrote.

Navalny, who has been jailed reportedly for his political activities, called Big Tech “Internet monopolists” both “liars” and “hypocrites” on Twitter. Navalny tweeted, “If something surprised me in the latest elections, it was not how Putin forged the results, but how obediently the almighty Big Tech turned into his accomplices.”