Sens. Richard Blumenthal (D-CT) officially introduced Senate Bill 2725 or the “Accountability for Online Firearms Marketplaces Act of 2021” last week. The bill would remove Section 230 “liability shield” protections from internet firearms marketplaces, greatly limiting and even potentially ending gun sales on internet marketplaces. The Reload, an outlet specializing in gun-related news, suggested “the bill is likely to have a chilling effect on internet speech and lawful online commerce in firearms and accessories.” 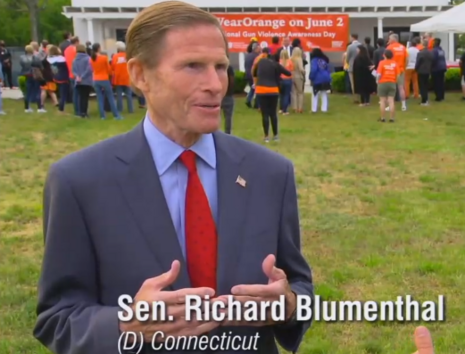 Sen. Dianne Feinstein (D-CA), who is cosponsoring the bill with Blumenthal and Sen. Sheldon Whitehouse (D-RI), claimed that the proposed bill is targeted at preventing criminals from being able to purchase firearms online without background checks. “This bill will reverse the disastrous holding in Daniel v. Armslist and ensure that online firearms marketplaces are held accountable for the gun deaths they bear responsibility for,” Blumenthal stated. The bill asserted that almost “1 in 9 prospective gun buyers” responding to “unlicensed sellers” on major internet gun marketplaces would not pass background checks.  No citation was provided for the study.

Even supposing the study is accurate, almost 90 percent of prospective buyers from “unlicensed sellers” are acting lawfully, noted The Reload.  Therefore the bill, if passed, has the potential to harm legitimate buyers more than criminals, the outlet suggested. A 2016 University of Pittsburgh study concluded that “79% of perpetrators are connected to firearms for which they are not the legal owner.” The study saw “theft or trafficking” as more likely sources for criminals’ guns.

The Reload sees a high likelihood of online gun marketplace platforms shutting down “permanently” if the bill is passed. The outlet classified the push to repeal the Protection of Lawful Commerce in Arms Act (PLCAA) as another factor potentially causing a “war of attrition” likely to make gun sales “decrease” and gun companies go out of business.

Democrats have previously attacked Section 230 in its First Amendment applications as enabling too much free speech online on multiple occasions. Sen. Mark Warner (D-VA) claimed that Section 230 allowed “radicalization” to spread through social media in January. The Biden administration was considering changing Section 230 in July to increase censorship. Yet, Biden called for Section 230 to be revoked while running for president.