The month of April was nothing short of a digital disaster for free speech as Big Tech removed political dissent and conservative opinion. Even in a month filled with bad examples of censorship, these five stood out as the worst:

At the end of March, Facebook blocked Lara Trump from posting an interview with her father-in-law, former President Donald Trump. A Facebook employee allegedly told Lara that “further content posted in the voice of Donald Trump will be removed and result in additional limitations on the accounts.” Lara responded on Instagram: “...and just like that, we are one step closer to Orwell’s 1984. Wow.” 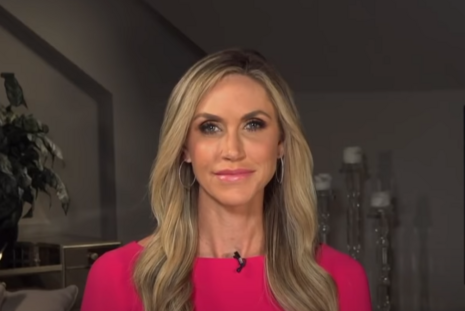 The story carried through April when Lara announced that she moved her online show, The Right View with Lara Trump, to new free speech alternative platform CloutHub. Lara never censored her content to receive Facebook’s approval, and she never caved to the platform’s demand to silence a former president’s voice. She took her business elsewhere.

Facebook’s actions should come as no surprise. The company’s Vice President of Integrity Guy Rosen said in March that his platform deleted “12 million pieces of content about COVID-19 and vaccines.” In a March 25 hearing, Facebook CEO Mark Zuckerberg seemingly bragged about how his platform censored people and impacted the 2020 election: “We labeled over 180 million posts [as misinformation]. We directed 140 million people to our official voting information center. And we helped 4.5 million people register to vote.”

Facebook appeared to make it abundantly clear in recent months that it no longer has any qualm in squashing content that would pose a threat to the far-left’s woke ideology.

Twitter blocked the National Archives and Records Administration from archiving former President Donald Trump’s tweets on the platform. The Archives has worked to ensure that Twitter activity of former government officials was archived for historical purposes.

The Hill reported that the Archives “intend[ed] to preserve all presidential records on social media, including tweets that have been blocked or deleted.” However, Twitter would not allow the archival of Trump’s tweets to appear on the platform.

In a statement to the Media Research Center, a Twitter spokesperson said: “Given that we permanently suspended @realDonaldTrump, the content from the account will not appear on Twitter as it did previously or as archived administration accounts do currently, regardless of how [the Archives] decides to display the data it has preserved. Administration accounts that are archived on the service are accounts that were not in violation of the Twitter Rules.”

Twitter permanently banned Project Veritas founder James O’Keefe in April after his organization exposed CNN for reportedly helping President Joe Biden win the 2020 election. The platform previously suspended and censored the Project Veritas account on more than one occasion until it finally banned the investigative outlet in February.

Project Veritas released an undercover video of CNN Technical Director Charlie Chester bragging about what his news outlet accomplished. Chester stated in the video: “Look what we did, we got Trump out. I am 100 percent going to say it, and I 100 percent believe that if it wasn’t for CNN, I don’t know that Trump would have got voted out.” Twitter then banned O’Keefe.

A Twitter spokesperson told the Media Research Center that O’Keefe was “permanently suspended for violating the Twitter Rules on platform manipulation and spam.” But O’Keefe didn’t take the news lying down. He filed a defamation lawsuit that alleged “Twitter’s published claim that Mr. O’Keefe ‘operat[ed] fake accounts’ is patently and demonstrably false.” The lawsuit also claimed that “Twitter was in a unique position to know that this claim was false.”

O’Keefe appeared confident in his lawsuit. He stated on Fox News that “we won in the Supreme Court in New York against The New York Times for defamation, and now we’re gonna go ahead and sue Twitter for suspending my account and falsely and maliciously claiming that I did something that I did not do.”

YouTube claimed in a statement reported by the Associated Press that it “removed this video because it included content that contradicts the consensus of local and global health authorities regarding the efficacy of masks to prevent the spread of COVID-19.” The Florida governor’s office told the Media Research Center that “YouTube’s action is another blatant example of Big Tech attempting to silence those who disagree with their woke corporate agenda.”

But DeSantis refused to back down. He held another roundtable April 12 “with renowned doctors and epidemiologists to discuss Big Tech censorship and the COVID-19 pandemic,” according to his press release. YouTube has not removed the video of the latest roundtable yet.

YouTube banned the channel of former White House aide and radio host Sebastian Gorka in April. Gorka served in the Trump administration as the Deputy Assistant to the President for Strategy. He used his YouTube channel to post videos from his radio show “America First with Sebastian Gorka” and his podcast “Battle for 1600.”

YouTube banned discussion of fraud or errors that could have occurred in the 2020 election, but Gorka refused to cave to the platform’s censorious demands. He continued to allow discussions of the 2020 presidential election on his radio shows that were then uploaded to YouTube. The platform banned Gorka’s account as a result.

He appeared to be prepared for the possibility of losing his YouTube channel. Gorka was already uploading his videos to free speech alternative platform Rumble before YouTube took permanent action against him. He has continued to use Rumble since. Gorka rejected YouTube’s attempt to control the national narrative and began using alternative platforms.