UPDATE: This story has been updated to include a tweet by MRC President and founder Brent Bozell about the FEC filing and underlying North Carolina State University study. 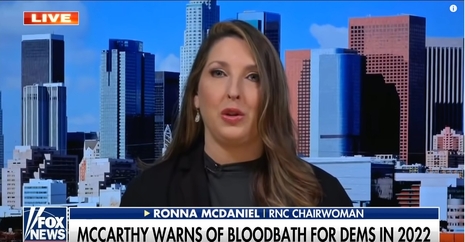 MRC President and founder Brent Bozell said the study confirms that Big Tech is meddling with the American democratic process.

"As midterm elections approach, we are formally calling on the FEC to investigate the extent and intentionality of Google’s censorship of Republican fundraising efforts," they said in a press release. "This is a financially devastating example of Silicon Valley tech companies unfairly shaping the political playing field to benefit their preferred far-left candidates.”

The three Republican groups estimated that GOP candidates missed out on $529 million in contributions during the current midterm election cycle because of biased Gmail filtering algorithms, according to an April 13 Fox News story. So far, Republicans raised $249 million from Gmail users, the story notes.

Sen. Josh Hawley (R-MO) sent a letter April 27 asking Google CEO Sundar Pichai to explain the platform’s pattern of bias. He noted the company’s partnership with the foreign, leftist dark-money Center for Countering Digital Hate. Google and CCDH threatened to remove the conservative website The Federalist from the Google Ads platform in 2020 based on the content of the news site’s comments section.

Hawley also pointed to results from the NC State study that found Google’s bias was “substantially worse” than any other major email provider. The same study found that Microsoft’s email spam algorithm favored Republicans only by a margin of 20 percent and Yahoo’s algorithm by 14 percent, compared to Google favoring Democrats by a margin of nearly 60 percent.

Hawley asked Pichai why Gmail’s filtering algorithm bias was “so much more pronounced” than Outlook’s and Yahoo’s bias.

“Google’s market power across so many sectors of the internet provides it with an unprecedented ability to control what messages ultimately get out. Accordingly, your company should take immediate corrective action in response to these findings,” Hawley wrote. “Preserving the integrity of the 2022 elections demands no less.”