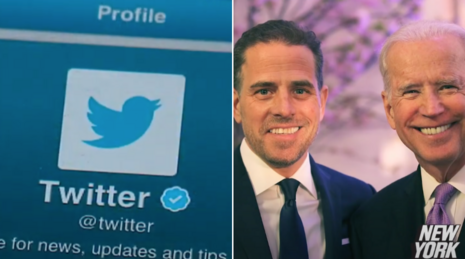 A Times article published Wednesday buried a statement that the computer had housed emails concerning subpoenaed “documents related to Hunter Biden’s foreign work and for bank accounts linked to him and his associates.”

One of those alleged associates was Devon Archer, who the Times noted “had served with Mr. Biden on Burisma’s board, starting in 2014.” Burisma is a Ukrainian energy holding company whose ties to certain American political figures stoked concern across the nation before the 2020 election.

Twitter and Facebook both censored the story immediately after publication, with Facebook explicitly stating that the platform wouldn’t even wait for a fact-check before “reducing its distribution on our platform.”

“When will @Meta and @Twitter be held accountable for knowingly and intentionally lying to the American people to suppress the Hunter Biden laptop story days before the election???” Rep. Jim Banks (R-IN) tweeted Thursday. “Big Tech interfered in our democracy and there must be consequences!”

Sen. Tom Cotton (R-AR) called Big Tech’s censorship of the story a “disgrace” in a tweet thread that also asserted, “For decades, the Biden family has cashed in on Joe’s government service,” and that, “Even today, Hunter Biden is getting paid millions for his ‘artwork’ in a corrupt arrangement blessed by the White House.”

A November 2020 Media Research Center study found that 4.6 percent of people who voted for Joe Biden would have not voted for him had they been aware of the evidence linking him to corrupt financial dealings with China through his son Hunter. This would have been enough to reelect former President Donald Trump to a second term.

“The (repeated) validation of the Hunter Biden laptop story is a reminder that ‘disinformation’ usually means true facts that make Democrats look bad,’” Cotton added in another tweet.

What’s clear is that the alleged illicit contents of Hunter’s laptop did not amount to “misinformation,” as Facebook spokesman Andy Stone initially claimed.

It was also far from Russian “disinformation” – defined as intentionally misleading information – contrary to the flimsy claims of former intelligence officials who made frequent guest appearances on the woke networks of CNN and MSNBC.