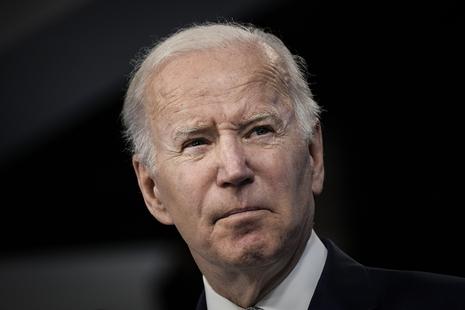 According to an August 5 story from Daily Caller, Drs. Jayanta Bhattacharya, Martin Kulldorff, and Aaron Kheriaty joined the lawsuit arguing that Big Tech social media platforms censored them for posting content contrary to the federal government’s narrative about COVID-19.

The New Civil Liberties Alliance’s (NCLA) Tuesday press release indicated that the doctors were fighting for their First Amendment rights.

“[T]his state action deprives Americans of their right to hear the views of those who are being silenced, a First Amendment corollary of the right to free speech," the release noted. Indeed, there is a secondhand effect of censorship on the America people, which MRC Free Speech America tracks using its unique CensorTrack database. This phenomenon is best thought of as "secondhand censorship." Secondhand censorship is defined as the number of times that users on social media had information kept from them.

An attorney for the organization said the Biden administration intentionally engaged in viewpoint discrimination.

“The Biden Administration’s involvement in silencing the voices of those who have critiqued its responses to Covid-19, through pressure exerted on social media companies, is unprecedented in nature and degree,” Jenin Younes, litigation counsel at NCLA, said of the suit. “The government’s sweeping campaign to suppress the perspectives of the plaintiffs, and others like them, represents the most severe abrogation of the First Amendment in modern times, and we look forward to seeing this constitutional atrocity rectified in a court of law.”

Also last week, NewsBusters reported on the NCLA’s decision to join the lawsuit with NCLA President Mark Chenoweth adding in the press release that the group wants to “restore free speech to the social media platforms.”

“The government may not work through private entities to accomplish censorship that the First Amendment forbids the government from doing directly. Yet that is precisely what these federal defendants have been up to. NCLA is delighted to join forces with these state attorneys-general to reverse this constitutional outrage and restore free speech to the social media platforms that are today’s public square,” he said.