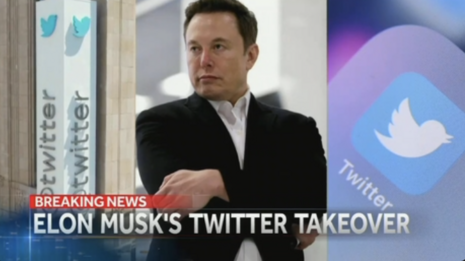 According to reporting from The New York Times on Wednesday, Twitter’s board plans to “enforce” its deal with Elon Musk.

In late April, Musk and the platform reached a deal for him to purchase the platform for approximately $44 billion.

"The board and Mr. Musk agreed to a transaction at $54.20 per share," Twitter's board told The Times. "We believe this agreement is in the best interest of all shareholders. We intend to close the transaction and enforce the merger agreement.”

Twitter previously said it was “committed to completing the transaction on the agreed price and terms as promptly as practicable."

"20% fake/spam accounts, while 4 times what Twitter claims, could be *much* higher. My offer was based on Twitter's SEC filings being accurate," Musk tweeted in reference to bot accounts. "Yesterday, Twitter's CEO publicly refused to show proof of <5%. This deal cannot move forward until he does."

Twitter previously encouraged shareholders to vote for the deal.

“If the merger is completed, you will be entitled to receive $54.20 in cash, without interest and subject to any applicable withholding taxes, for each share of our common stock that you own (unless you have properly exercised your appraisal rights),” Twitter told shareholders in an SEC filing.

The Times reported that some speculated that Musk deliberately tried to “drive down the acquisition price” to get a better deal:

“Mr. Musk’s increasingly skeptical — and erratic — comments about the takeover have kept investors, bankers and Twitter itself guessing about his motives. Some analysts figure that the 50-year-old is trying to drive down the acquisition price or walk away from the deal altogether. Many were unnerved by his methods, with market-moving pronouncements made off the cuff at conferences or in emoji-laden tweets in the middle of the night.”

“Suspending the Twitter account of a major news organization for publishing a truthful story was obviously incredibly inappropriate,” he tweeted in April.

He did not seem surprised by the “extreme” reactions online he saw after he agreed to purchase Twitter.

Musk added Wednesday that he continued to receive political attacks because of his views.

“Political attacks on me will escalate dramatically in coming months,” he warned.