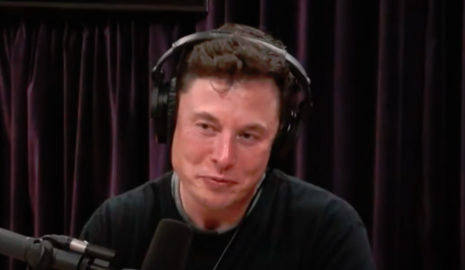 Elon Musk had a lot to say about free speech since he purchased Twitter for $44 billion this week.

“Suspending the Twitter account of a major news organization for publishing a truthful story was obviously incredibly inappropriate,” he tweeted about Twitter’s famous censorship of the Hunter Biden laptop story from the New York Post.

Musk also responded to the “extreme” reactions by some online after he bought the platform.

In sum, Musk said he supported freedom of speech for  his “worst critics.”

“I hope that even my worst critics remain on Twitter, because that is what free speech means,” he tweeted.

Musk said his decision to buy the platform was inspired by a commitment to free speech.

"Free speech is the bedrock of a functioning democracy, and Twitter is the digital town square where matters vital to the future of humanity are debated," his statement in a press release read.

He added that he wanted to make Twitter “better than ever.”

“I also want to make Twitter better than ever by enhancing the product with new features, making the algorithms open source to increase trust, defeating the spam bots, and authenticating all humans,” he said. “Twitter has tremendous potential – I look forward to working with the company and the community of users to unlock it."

Musk continued to make comments on his commitment to free speech Tuesday evening.

“By 'free speech,' I simply mean that which matches the law.” he tweeted. “I am against censorship that goes far beyond the law. If people want less free speech, they will ask government to pass laws to that effect. Therefore, going beyond the law is contrary to the will of the people.”