Twitter To Remove Ads That Contain ‘Misinformation’ About Climate Change 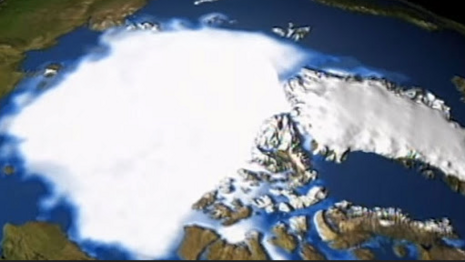 Twitter announced on Earth Day that decided to remove any ads on the platform that contain so-called “misinformation” about climate change.

The Washington Post reported that the platform said the removed ads “contradict the scientific consensus on climate change.”

"We recognize that misleading information about climate change can undermine efforts to protect the planet," Twitter said of the decision. "In the coming months, we’ll have more to share on our work to add reliable, authoritative context to the climate conversations happening on Twitter."

Twitter is not the only social media platform to take action against climate change “deniers.”

Pinterest announced earlier in the month that it would remove content and ads that contained “misinformation” about climate change. Sarah Bromma, Pinterest’s Head of Policy, said of the decision:

Pinterest believes in cultivating a space that’s trusted and truthful for those using our platform. This bold move is an expansion of our broader misinformation guidelines, which we first developed in 2017 to address public health misinformation, and have since updated to address new and emerging issues as they come to the forefront. The expanded climate misinformation policy is yet another step in Pinterest’s journey to combat misinformation and create a safe space online.

At the time, Pinterest bragged about being “the only major digital platform to have clearly defined guidelines against false or misleading climate change information, including conspiracy theories, across content and ads.”

The platform said it partnered with the Climate Disinformation Coalition and the Conscious Advertising Network to help “inform and develop our policy based on common misinformation themes they’re seeing across media platforms.”

Michael Khoo, Climate Disinformation Co-Chair at Friends of the Earth, praised the decision:

Climate disinformation on digital platforms is a serious threat to the public support needed to solve the climate crisis. Pinterest has demonstrated great leadership by creating a community standard that includes a definition of climate misinformation, and we will continue to press all platforms for transparency and reporting on their actions. We encourage others to take note of Pinterest’s efforts to reduce climate change disinformation.