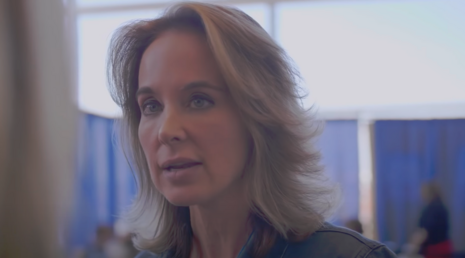 Gretchen Smith is an Air Force veteran and founded Code of Vets, a nonprofit she created to honor her father who died at age 57 after struggling with post-traumatic stress disorder. Smith shared her inspiring story on Twitter and LinkedIn.

Smith said student loan forgiveness would be unfair to those who already paid their loans off or did not go to college.

“I am not responsible for your student debt. I grew up in poverty in NC. Ate from a garden, name was on community Angel tree for Christmas, bought clothes from yard sales & if I was lucky, on a rare occasion Sky City,” she tweeted. “I joined the Air Force then went to college. I made it happen.”

LinkedIn suspended Smith because she violated the platform’s policy on “hate speech.”

“I was locked out of @LinkedIn just now for this exact post below,” she tweeted and included a screenshot of the message from LinkedIn. “It went viral. This is the second time this platform has targeted me. I am frustrated and disappointed. Freedom of Speech has been secured by our blood, sweat and lives. This has got to stop.”

Smith said she was suspended simply because she shared her story.

"What did I do wrong?" she asked. "I shared my story. That's how I grew up. That's how I believe everyone is responsible for their own bills and payments, and I'm being punished for it. And I just I find it absolutely unacceptable that Big Tech has that kind of power."

LinkedIn responded and said they "recognize there may be times when [they] don’t get it right," and added that she could appeal the decision.

"I’m not seeing Democrats being censored. I’m seeing conservatives censored," Smith told Fox News. "They’ve got 100% control over our freedom of speech right now on these platforms, and I find that to be very scary."

"Americans do not want to see student debt wiped out," she said. "It’s not going to do them a service. It's actually going to harm them."

She said that success was all about hard work.

"If you work hard and you're consistent and you're persistent, you can make it," she continued.