Facebook is doubling down on its efforts to suppress conservative satire, according to Seth Dillion, CEO of The Babylon Bee. 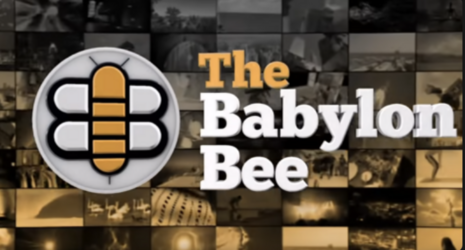 "Facebook uses politically aligned fact-checkers to flag, suppress, and sometimes remove content they deem objectionable. This is not necessarily an issue, but it becomes an issue when it results in politically motivated viewpoint discrimination done under the guise of cracking down on ‘misinformation’ and ‘hate speech,’" Dillon told Fox News on Monday. "We're certainly getting caught up in that."

Dillon believes Facebook’s efforts resulted in traffic dips from the platform and noted that the platform seems to be classifying the publication’s content as “news” instead of “satire.”

"Are you giving our satire site a poor news quality score and suppressing our content on that basis?" Dillon asked Facebook months ago. He added that Facebook only responded months later, saying: "Unfortunately when it comes to the news quality score, we are unable to disclose who is/isn’t included as this is an internal metric."

Dillon doubled down, asking, "You can't answer with a 'yes' or a 'no' whether Facebook treats satire as if it were news? Since it's called a ‘news quality score,’ one would assume it applies to news only. Satire is not news. Does Facebook acknowledge that satire is not news?"

"We define news broadly but essentially, we look to capture anything that can be perceived as news or influences the news ecosystem," Facebook reportedly told Dillon.

For his part, Dillon isn’t buying the excuses.

"Facebook defines ‘news’ so broadly that it ends up meaning anything published by anyone. This allows them to assign ‘news quality scores’ to sites like ours that don’t publish news," he said on Twitter.

Fact-checkers have been under fire recently for targeting The Babylon Bee.

The Bee article mockingly accused CNN of “praising” the Taliban for wearing masks during its Afghanistan takeover.

The fact-check said the satire article had “false information” and that “independent fact-checkers say the information has no basis in fact.”