A lawsuit targeting a pro-Trump meme has been dismissed. 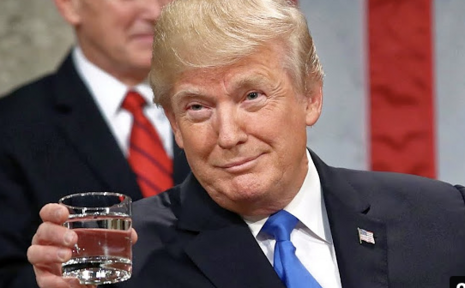 The case was brought before the Supreme Court in the state of New York. The Defendants, Donald J. Trump and Donald J. Trump for President, Inc. were successful in their motion to have the lawsuit dismissed.

Court documents said that in September of 2019 that the plaintiffs "recorded video of their two year old sons… respectively, hugging each other on a New York City sidewalk." The video of the children, one white and one black, "went viral as a  symbol of racial unity."

Donktum then "added a simulated CNN chyron reading 'breaking news' to the footage, changed it to show... the  white child, running after... the black child, and added captions reading 'Terrified Todler  [sic] Runs From Racist Baby' and 'Racist Baby Probably A Trump Voter.' The shot then fades to a black screen with text stating 'what actually happened', and then shows" the two boys running towards each other and then embracing. The shot then fades to a black screen with the following message in all capital letters:  AMERICA IS NOT THE PROBLEM . . . FAKE NEWS IS. IF YOU SEE SOMETHING, SAY SOMETHING. ONLY YOU CAN PREVENT FAKE NEWS DUMPSTER FIRES."

The meme was aimed at pointing out “fake news” spread by CNN and the mainstream media.

Carpe Donktum "shared the video with Trump, who was then President of the United States, as well as Trump's campaign." The plaintiffs alleged that the defendants "misappropriated the video by altering it and intentionally using it out of context to  create 'an extremely distorted and false message.'" Trump shared the meme on his social media pages.

Donktum argued that the meme was part of the public domain, but the plaintiffs argued that the video was used without their consent and for "advertising purposes and/or for the solicitation of patronage for Trump in the State of New York." They further alleged that the video caused them "pain and suffering and mental anguish."

The court dismissed the plaintiffs’ arguments.

“This Court finds that plaintiffs' claims... are subject to dismissal on several grounds," adding that the meme was, "newsworthy." The Court noted that part of Trump’s campaign message, "as well as his presidency, was to incessantly attack the mainstream media as purveyors of 'fake news', including his claim that the media exaggerates the extent of racial division in this country.""Additionally," the court added, "'works of fiction and satire do not fall within the narrow scope of the statutory phrases 'advertising' and 'trade.'”

"[A]ny reasonable person watching the video knew, or should have known, that at least a portion of its contents was not real. Since the video is therefore a satire, albeit one which some may consider to be rather distasteful, this Court is constrained to find that it is not actionable."