The Guardian reports Jones’ personal Facebook page, not the Facebook page for InfoWars nor Jones’ professional fan page, have been banned following the removal of four videos that were deemed to violate the site’s Community Guidelines. 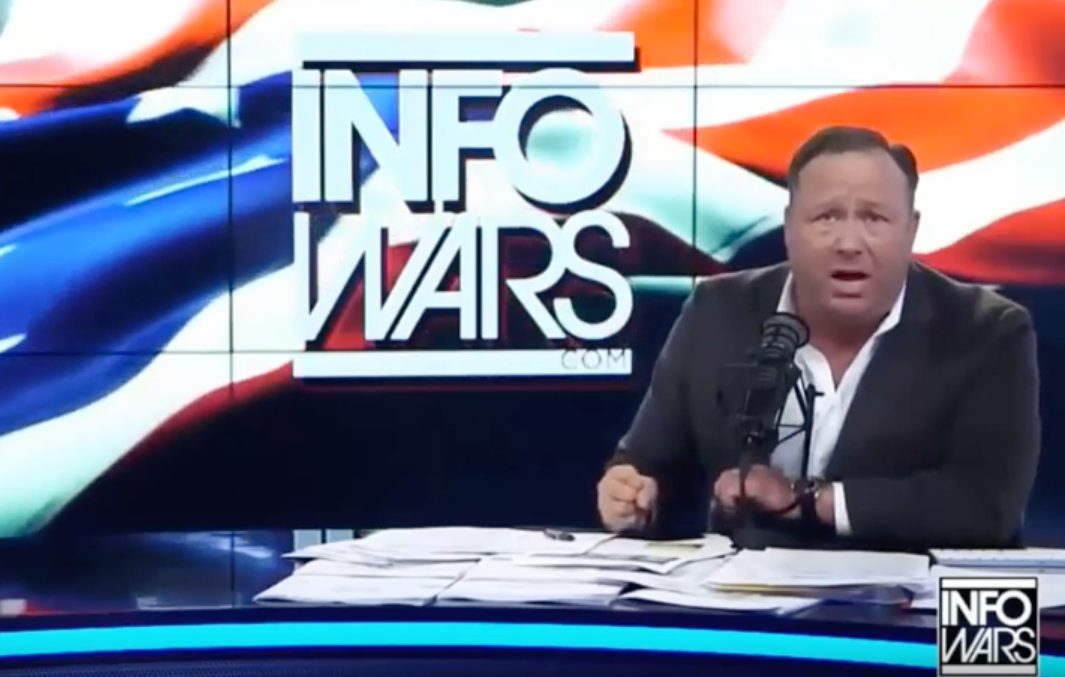 “Our Community Standards make it clear that we prohibit content that encourages physical harm [bullying], or attacks someone based on their religious affiliation or gender identity [hate speech]. We remove content that violates our standards as soon as we’re aware of it.

In this case, we received reports related to four different videos on the Pages that Infowars and Alex Jones maintain on Facebook. We reviewed the content against our Community Standards and determined that it violates. All four videos have been removed from Facebook.”

According to Reuters, Jones’ pages have not met the “threshold” needed to see their accounts unpublished from the platform. CNN’s Oliver Darcy claimed, however, that a Facebook spokesperson told him that Jones’ pages are “close to meeting that threshold that would result in the pages being unpublished,” although Facebook was not clear on the specifics of the threshold.

As the Media Research Center previously reported, Darcy has been spearheading a campaign to get InfoWars removed from Facebook. Facebook had previously defended the presence of InfoWars on the site.

While Jones’ personal page is not allowed to post during the ban, other page moderators are able to make posts on his behalf on the public pages.

Cruz came to the defense of Jones on Twitter, saying that while Jones has allegedly asserted that his father killed John F. Kennedy, Facebook is not the arbiter of acceptable of political speech. Cruz also included the hashtag “#1A,” even though Facebook is a private company.
Facebook’s action against Jones comes a day after YouTube also removed four of Jones’ videos and issued him a strike.