How the tables have turned! One of the most infamous Big Tech censors told its employees not to antagonize one another over political disagreements. The Verge reportedly got an inside look at Meta’s “Respectful Communication Policy.” The policy, “prohibits employees from discussing ‘opinions or debates about abortion being right or wrong, availability or rights of abortion, and political, religious, and humanitarian views on the topic,’” The Verge reported May 19, citing Meta’s policy.

The abortion debate is so radioactive in Meta’s workplace because it intersects across multiple “protected” characteristics such as religion and gender. “During an all-hands meeting with employees Thursday, Meta’s VP of HR, Janelle Gale, said that abortion was ‘the most divisive and reported topic’ by employees on Workplace,” an internal version of Facebook used by Meta employees, The Verge reported. “‘It’s the one unique topic that kind of trips that line on a protected class pretty much in every instance.’” 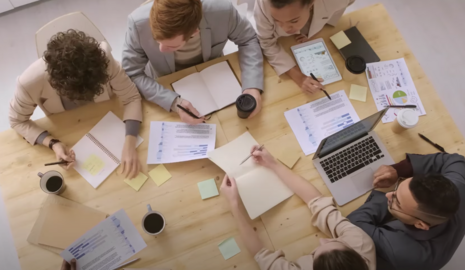 Meta Head of Product Naomi Gleit reportedly explained to employees that abortion is such a delicate topic that it should be discussed privately and with like-minded people. “At work, there are many sensitivities around this topic, which makes it difficult to discuss on Workplace,” Gleit wrote. “She said that employees were only allowed to discuss abortion at work ‘with a trusted colleague in a private setting (e.g. live, chat, etc.)’ and in a ‘listening session with a small group of up to 5 like-minded people to show solidarity.’”

The switch from free speech being a far leftist privilege to Meta forbidding groups of opposing political viewpoints from even initiating debate is a notable shift for the tech world. But it appears to follow the trend of how public relations firms are responding to anti-woke backlash by telling companies such as Coca-Cola, Netflix, and Starbucks to avoid discussing abortion publicly. In contrast, Netflix reportedly rebuked its own employees for being too far left, telling them that if they are offended by Netflix content, “Netflix may not be the best place for you."

Some conservatives and free-speech advocates may find Meta’s policy comical, but its request that people keep politics to themselves made some on the left feel silenced. The Verge reported that a Meta employee who has been at [Meta] for 10 years “wrote that the policy had led her to feel a ‘strong sense of silence and isolation on Workplace.’” She later reportedly explained that “The entire process of dealing with the Respectful Communication policy, being told why my post is violating, and crafting this new post has felt dehumanizing and dystopian.”

Conservatives are under attack. Contact Meta headquarters at (650) 308-7300 and demand that Big Tech be held to account to mirror the First Amendment while providing transparency, clarity on “hate speech” and equal footing for conservatives.If you have been censored, contact us using CensorTrack’s contact form, and help us hold Big Tech accountable.