It’s never too late for redemption. Axios business editor Dan Primack observed on May 10 that “Musk says @jack agrees with him that there shouldn’t be permanent bans on individual Twitter users. Reminder that Dorsey was CEO when such bans were implemented.” The former Twitter CEO and founder responded: “I do agree. There are exceptions (CSE, illegal behaviour, spam or network manipulation, etc), but generally permanent bans are a failure of ours and don’t work, which I wrote about here after the event (and called for a resilient social media protocol).” Dorsey quote-tweeted a past statement from January 2021, where he had explained his unease about banning a sitting president:

“I do not celebrate or feel pride in our having to ban @realDonaldTrump from Twitter, or how we got here. After a clear warning we’d take this action, we made a decision with the best information we had based on threats to physical safety both on and off Twitter. Was this correct?”

When Primack asked Dorsey in a Twitter thread for comment about how Dorsey evaluated his choices in 2021, Dorsey said the move to ban Trump “was a business decision, it shouldn't have been. and we should always revisit our decisions and evolve as necessary. I stated in that thread and still believe that permanent bans of individuals are directionally wrong.” 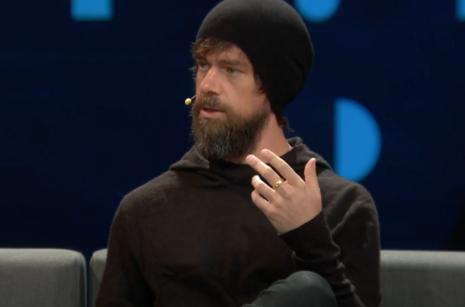 Tech commentator Lance Ulanoff asked Dorsey on Twitter: “If you can ban someone from ever coming back into an IRL social gathering place like a bar or a ballpark, why is banning someone from a social media platform wrong?” Dorsey replied with a dry “twitter isn't a bar.”

Billionaire and free speech advocate Elon Musk explained why he would un-ban Trump in a video earlier this week:

“I guess the answer is that I would reverse the Twitter ban. Obviously, I don't own Twitter yet, so this is not like a thing that will definitely happen because what if I don’t own Twitter? But my opinion, and Jack Dorsey, I want to be clear, shares this opinion, is that we should not have perma-bans.”

Asked whether Trump’s behavior in the final days of his presidency deserved consequences, Musk reportedly said, “a temporary suspension is appropriate but not a permanent ban,” according to The Washington Post.