Billionaire and free speech defender Elon Musk is reportedly forming a coalition to acquire Twitter in the name of free speech.

The battle has only just begun. “Elon Musk is speaking to investors who could partner with him on a bid for Twitter, sources close to the matter” reportedly told New York Post April 15. “One possibility, the sources said: teaming with private-equity firm Silver Lake Partners, which was planning to co-invest with him in 2018 when he was considering taking Tesla private.” The Post then noted that “Silver Lake’s Co-CEO Egon Durban is a Twitter board member” who “led Musk’s deal team during the 2018 failed effort to take Tesla private, sources said.”

The Post illustrated for readers that Twitter “adopted a so-called poison pill — a corporate move” in order to prevent Musk from “acquiring more than 15% of the company.” The Post then observed one key flaw in Twitter leadership’s tactic: “But that pill may not stop other entities or people from acquiring their own shares of up to 15% of the company. Those owners could partner with Musk to force a sale, make changes in the executive ranks or push for other overhauls of the company.” 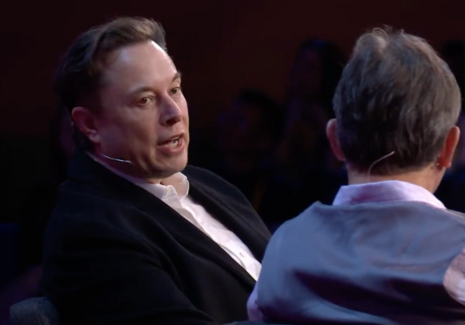 Musk hinted previously that he had a Plan B in store in case his first attempt to acquire Twitter was foiled. The Post reported on April 19 that the exact nature of Musk’s Plan B remains unknown: “Whether Musk would present Twitter with an entirely new offer — perhaps raising his current bid — or whether new partners would simply go in on a purchase with him isn’t clear.” The Post also noted that Musk will be relying heavily on allied financial powers to carry his multibillion-dollar dreams of a Twitter takeover to fruition:

“Nevertheless, it’s mainly outside financing that will carry the bid for Musk, who has tapped Morgan Stanley to raise another $10 billion in debt against Twitter in the manner of a traditional leveraged buyout, the sources said.”

“[T]he bulk of the money — about $20 billion, according to sources — will come from co-investors who will finance a hostile tender offer directly to Twitter shareholders, sources said. …

“Musk is planning to launch the tender offer for Twitter in 10 days or so, sources said. Still, insiders say Musk appears to be having more trouble than expected in finding backers.”