Maher slammed the increasing popularity of “cancel culture and intimidating people, and stamping out thought” during an interview on the Joe Rogan Experience podcast. He observed that Elon Musk’s recent actions to get more involved with Twitter” are a reaction to the ongoing censorship phenomenon.

“It’s about somebody saying, ‘It wasn’t cool that they didn’t allow the lab leak theory to be talked about,” Maher said. “For months, you couldn't even mention it, and that is certainly something that was open to question. I mean it was like, to me, the very kind of issue that if Twitter was really doing the job it should, would be a healthy forum for people to go back and forth.”

Maher scorched Twitter for censoring the Wuhan virology lab leak theory. “For Twitter to take that off, that to me was a huge red flag,” he said. Rogan said Big Tech labeled legitimate theories as misinformation. “It was crazy because it wasn't resolved,” Rogan said. “It wasn't resolved amongst virologists … there was no way they could know.” 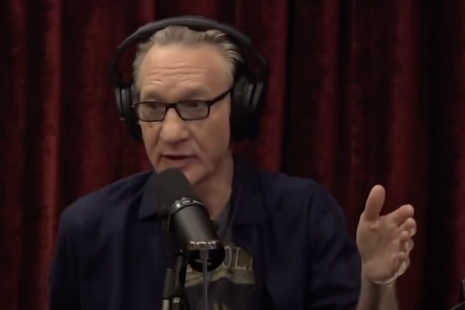 Maher lamented that American discourse treats issues of truth as tribal narratives that shift based on political alliances:

Rogan agreed, observing “It’s the same as everything, it’s just fuckin’ pure tribalism.” Rogan then indicated Democrats who think COVID-19 came out of a lab can only admit they believe so in secret. “They’re careful. They cover the mic on their phones.”

Rogan later explained that Americans have two choices to approach public debate. “Either you want to look at things for what they really are, or you have this ideological, like, ’box’ that your ideas have to live in and if you say it came from a lab you’re a Trump supporter, you hate democracy.” Maher blasted the mindset: “It’s just silly. It’s a scientific issue, it should have no political dimension at all.”

Multiple sources have indeed called out Big Tech companies for censoring the Wuhan lab leak origin theory of the COVID-19 pandemic. The theory went from being labeled misinformation to a likely explanation in a matter of months, while disgraced fact-checkers inflicted upon themselves a crisis of credibility.

Conservatives are under attack. Contact your local representative and demand that Big Tech mirror the First Amendment while providing transparency, clarity on “hate speech” and equal footing for conservatives. If you have been censored, contact us using CensorTrack’s contact form, and help us hold Big Tech accountable.